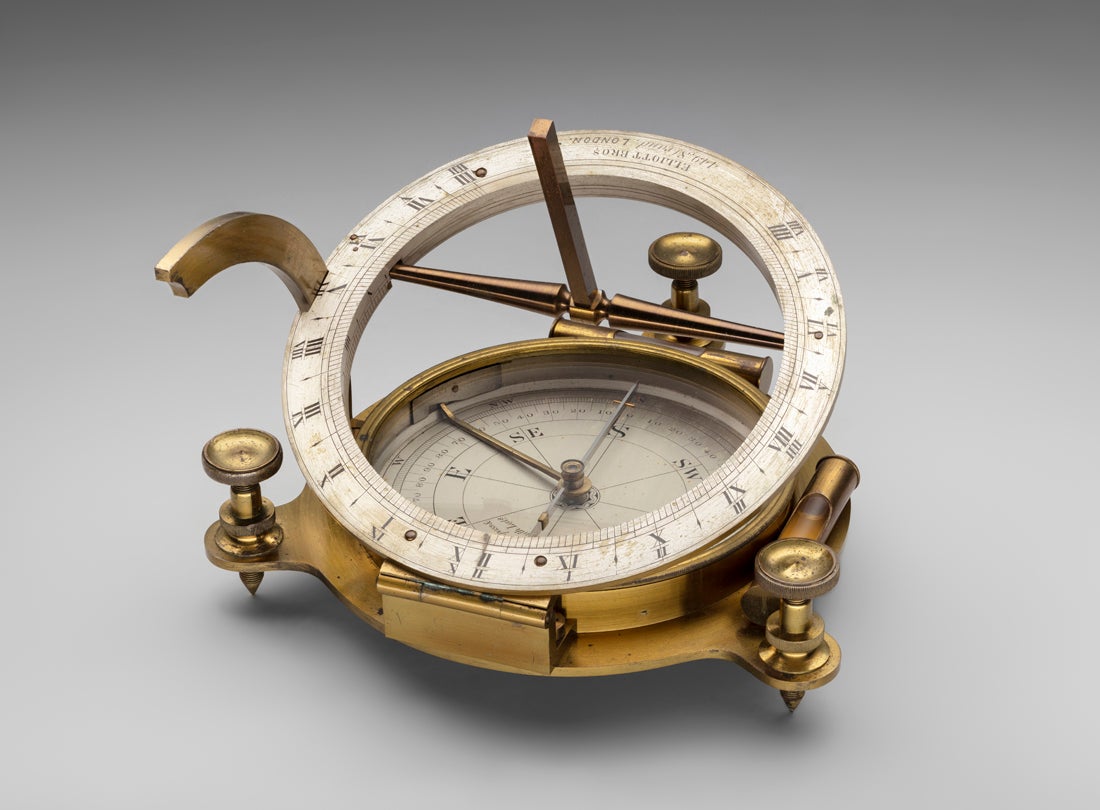 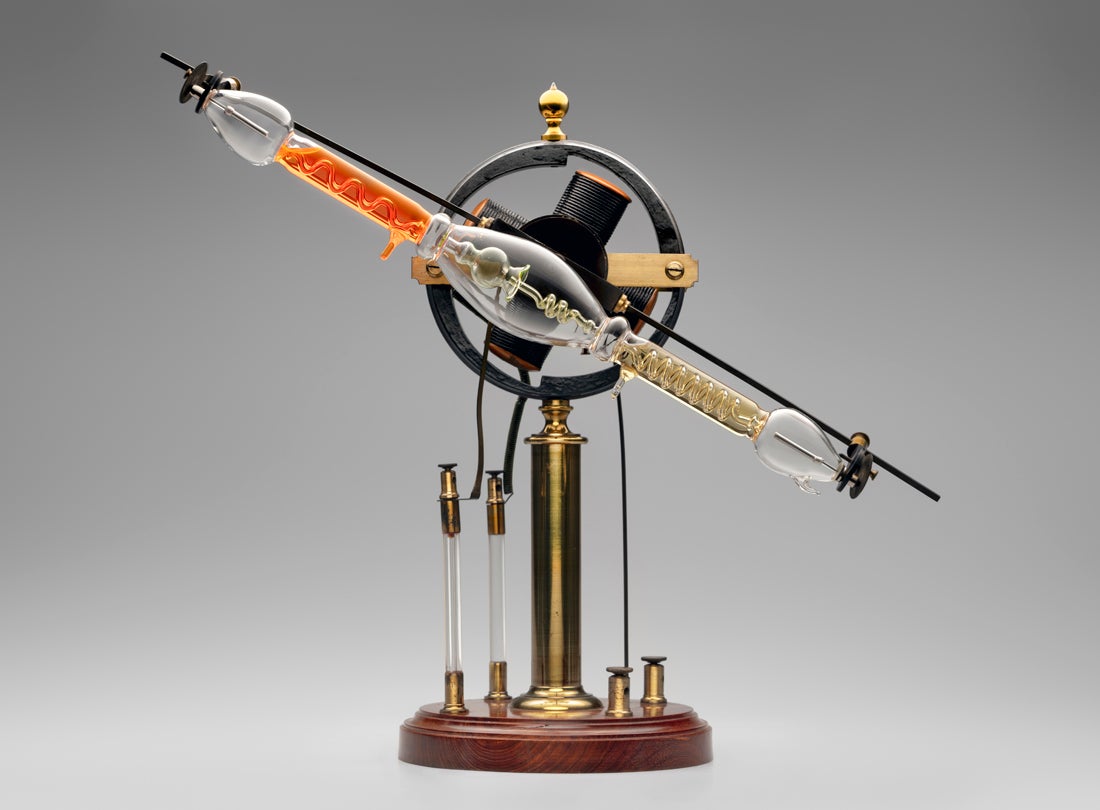 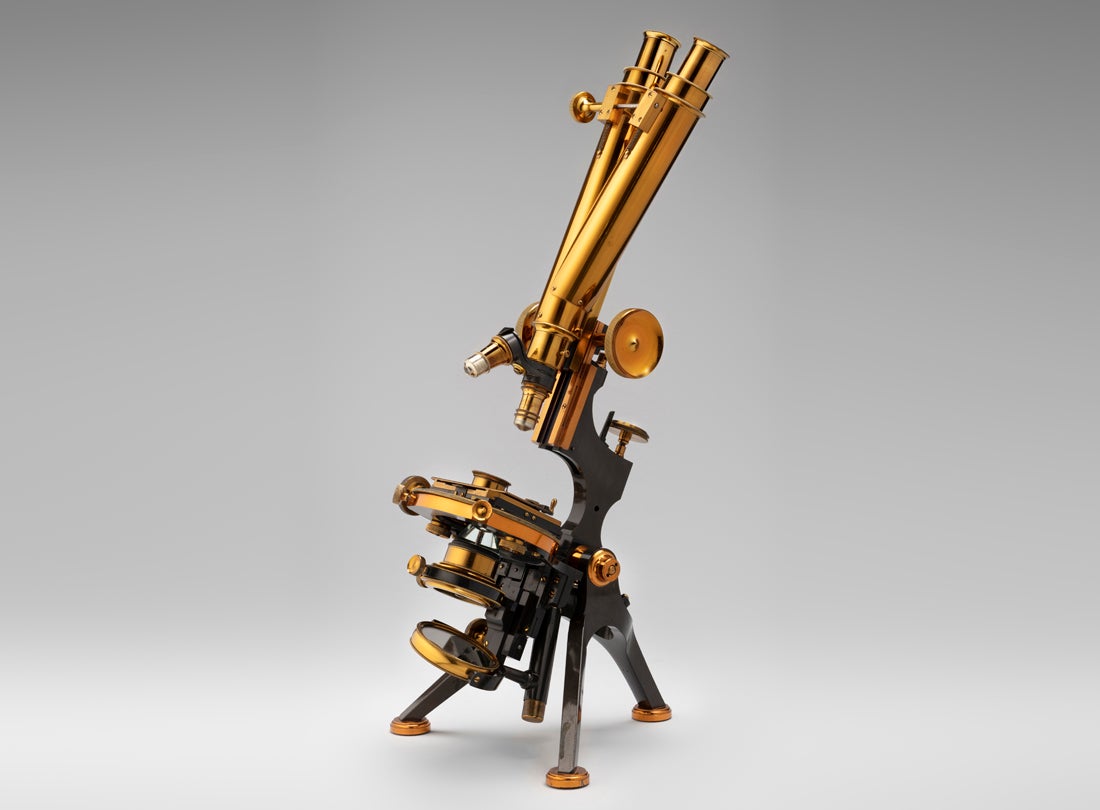 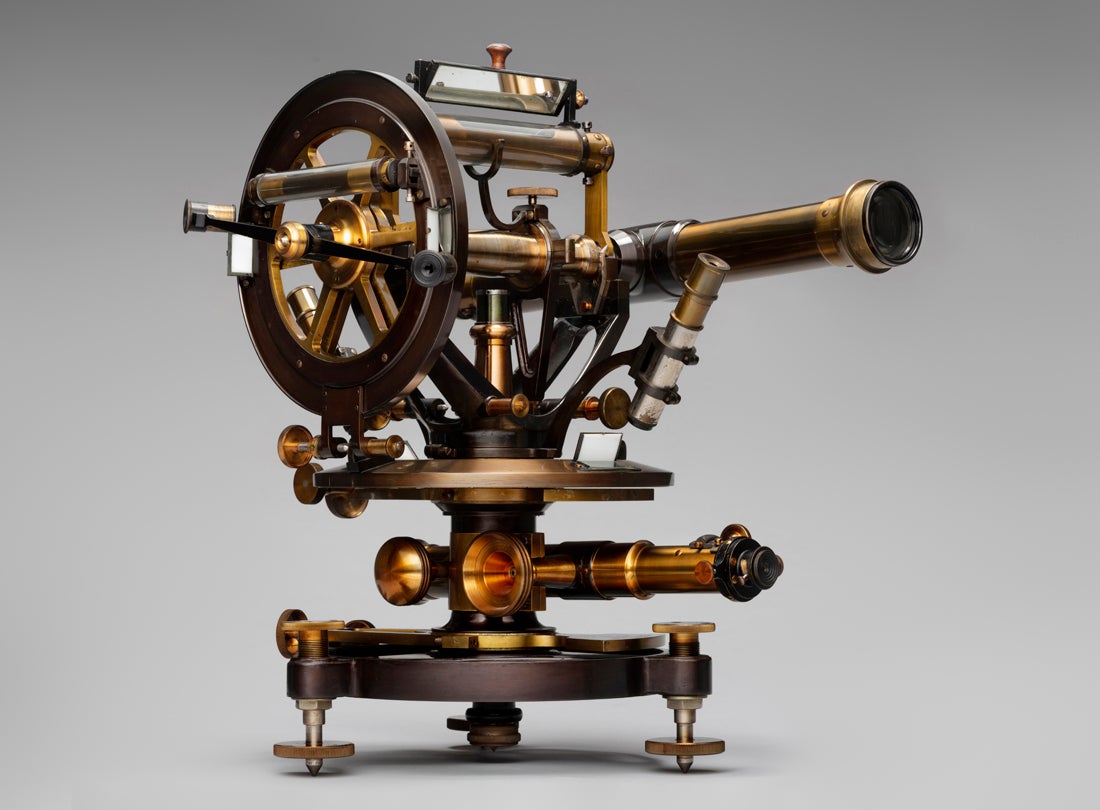 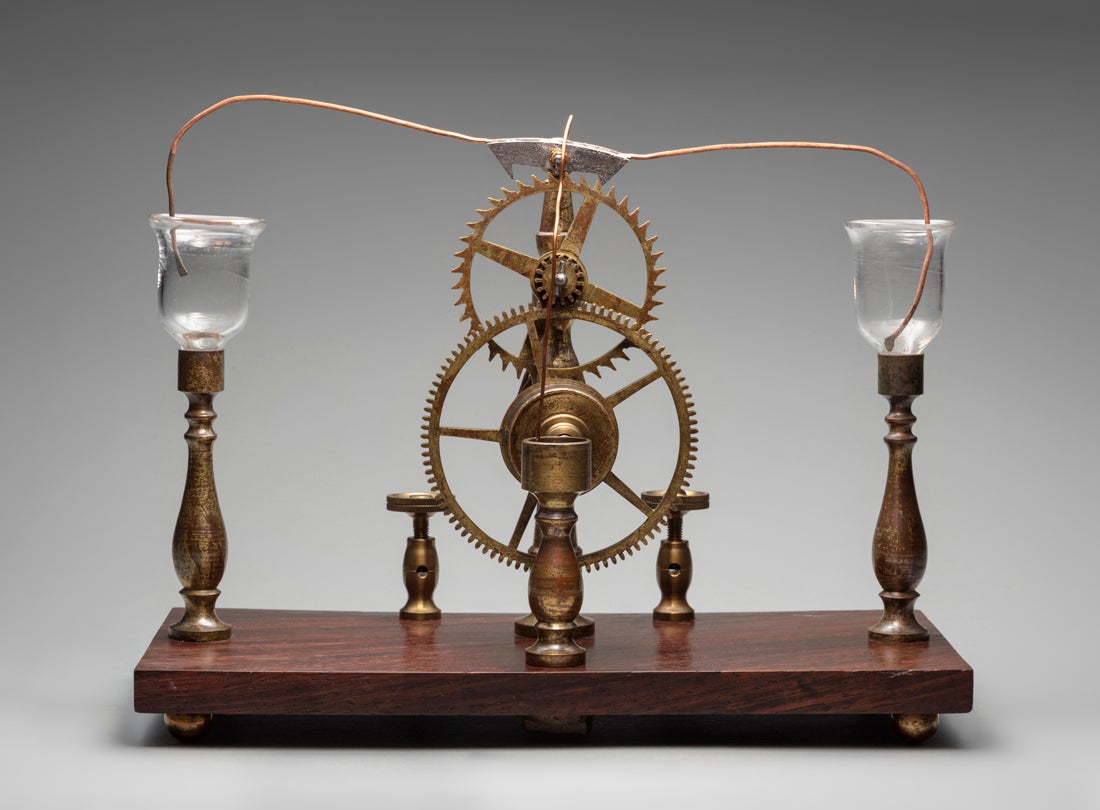 Scientific instruments measure an astounding array of items. Sundials and hourglasses are some of the earliest instruments and measure time. Sundials date to ancient Egypt and were still widely used during the nineteenth century to check the accuracy of clocks and watches. Because the Sun appears to move at different rates depending on location, horizontally fixed sundials are calibrated for specific latitudes. The equinoctial inclining sundial pictured here includes a compass for alignment and a hinged dial face that adjusts to various locations listed on the back.

Laboratory and classroom demonstration are primary applications of scientific instruments, and many different types of apparatus have illustrated principles across various scientific fields. Geissler tube rotators are perhaps the most visually impressive demonstration instruments. Spinning a Geissler tube that is charged with electricity vividly displays the illuminated effects of electrified gasses in a vacuum. This phenomenon was pioneered by German scientist and glassblower Johann Heinrich Wilhelm Geissler (1815–79).

Microscopes are one of the oldest classes of scientific instruments still in use today. The first microscopes were made in the Netherlands around 1590. However, these early instruments were limited by the rudimentary lenses available at the time and were slightly more powerful than a handheld magnifying glass. By hand-polishing his own lenses, Dutch tradesman Antonie van Leeuwenhoek (1632–1723) created microscopes with far greater magnification than was previously seen. Through intensive study and many letters to the Royal Society in London, van Leeuwenhoek became the first to document bacteria and other microorganisms. Composite lenses and precision manufacturing brought microscopes to the forefront of science in the nineteenth century. One of the finest microscopes was the Grand van Heurck model, made to the specifications of the famous Belgian microscopist Dr. Henri van Heurck (1838-1909).

Surveying instruments plot the position of landmarks and other terrestrial features. Defined as geodetic instruments, they are based on principles of geodesy, or the branch of mathematics that studies the shape and area of the Earth. In the late sixteenth century, Dutch astronomer and mathematician Willebrord Snell (1580–1626) experimented with new theories of trigonometry, specifically triangulation, to measure long distances between two points—the basis of modern surveying. During the seventeenth and eighteenth centuries, surveyors employed precision instruments over vast areas of land throughout the world and made accurate studies and maps for the first time.

Theodolites measure vertical and horizontal angles in relation to the curvature of Earth. While early theodolites used plain sights to measure triangulation over a given distance, telescopes were adapted as the preferred sight and allowed for unprecedented accuracy in mapmaking. The double-scope theodolite pictured here uses two opposed microscopes to precisely read graduations on the horizontal circle. The smaller telescope near the base is an additional watch scope that verifies there is no movement during setup.

The discovery of electromagnetic phenomena was perhaps the most monumental scientific achievement of the nineteenth century. While principles of electricity and magnetism had been explored for hundreds of years, the two were not combined until the 1820s when French physicist and mathematician André-Marie Ampère (1775–1836) and English chemist and physicist Michael Faraday (1791–1867) conducted groundbreaking experiments. Between 1820–25, Ampère coined the term electrodynamics, or the relationship between electricity and magnetism. By 1831, Faraday demonstrated electromagnetic induction, which produces current through a conductor and magnetic field and is the basis of modern electrical systems.

Hermann von Helmholtz and Sound
German physician and physicist Hermann von Helmholtz (1821–94) made important contributions to a variety of scientific fields. In his 1847 book On the Conservation of Force, Helmholtz proposed that mechanics, heat, light, electricity, and magnetism all originate from a single “force,” or energy, that cannot be destroyed and is merely transferred into another form—the basis for modern theories on energy conservation.

Helmholtz was the first to measure the speed of a nerve impulse, and in 1851 he invented the ophthalmoscope, which is still used to inspect the interior of the eye. Helmholtz also developed acoustic instruments to experiment with the relationship of sound to the human ear. Each of his resonators were tuned to a specific frequency to identify and amplify sound. In the 1863 book On the Sensations of Tone as a Physiological Basis for the Theory of Music, Helmholtz laid the scientific foundation for music theory. 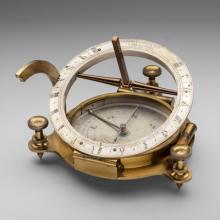 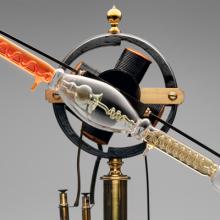 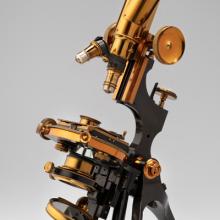 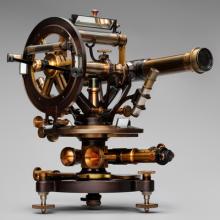 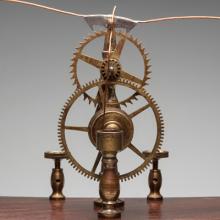 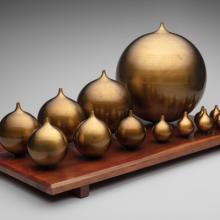