Oral History Interviews During a Pandemic

“I know a man who lives in the Bay Area. He’s 101 years old, still very sharp, and he was a flying boat captain for Pan American.”

In early January, after speaking with visitors about SFO Museum’s Oral History Program at the Aviation Museum & Library, I had a conversation with our front desk volunteer who offered this information. I immediately asked if there was a way to contact him to discuss the possibility of an interview. After a couple of weeks, she provided me with his name and phone number. 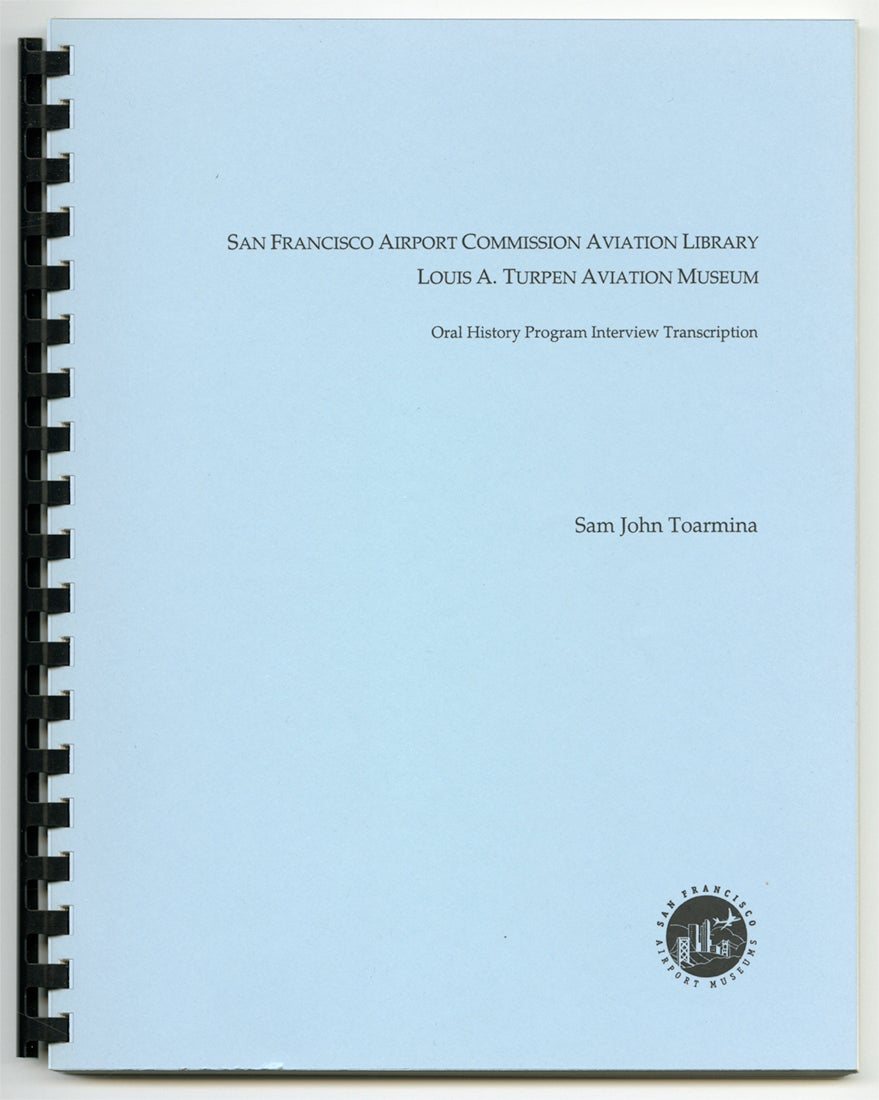 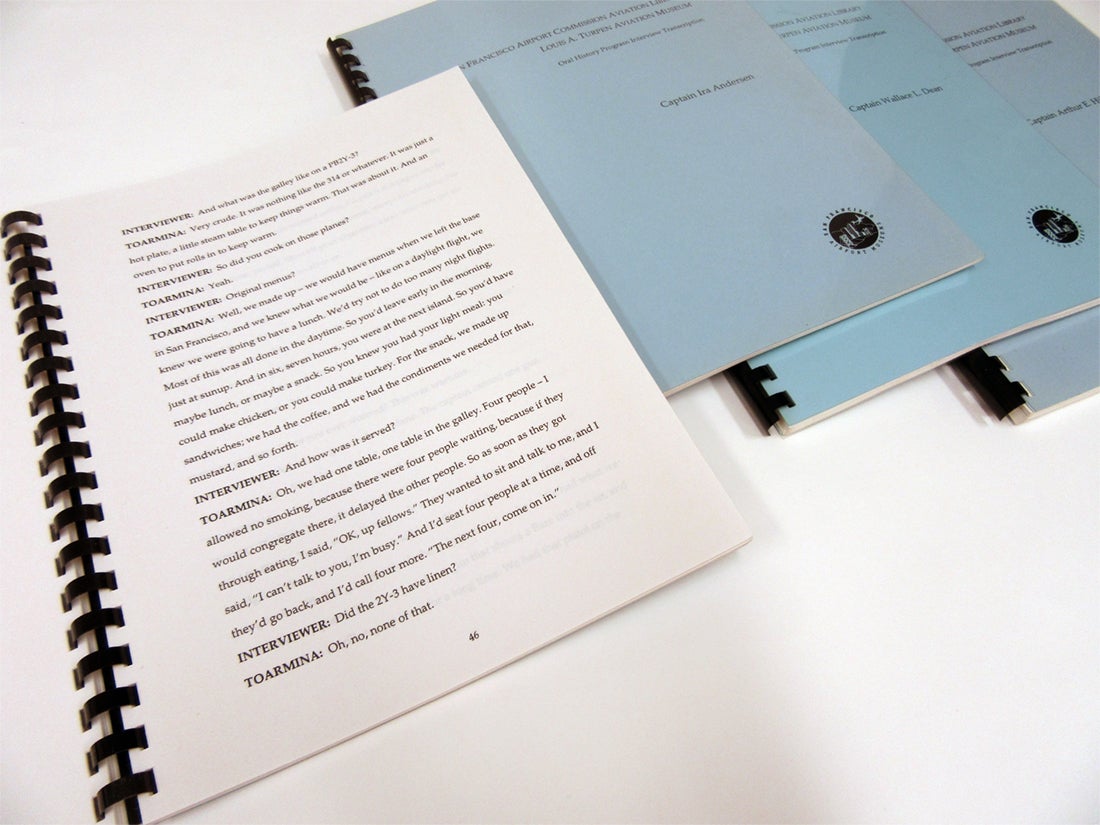 The Oral History Program (OHP) at SFO Museum brings to life the stories and experiences of people who have worked in the airline industry from its early days to more recent events. Since 1996, the OHP has recorded and preserved first-person accounts from people who worked in commercial aviation as well as members of the community surrounding San Francisco International Airport. Our collection of interviews chronicles airline employee and passenger experiences and illustrates the role of the San Francisco Bay Area and Pacific region as a major driver of leadership standards in aviation today. The Museum records the interviews on high-quality audio equipment, preserves them according to archival best practices, and generates a transcript. Interviews are traditionally conducted and recorded in person. 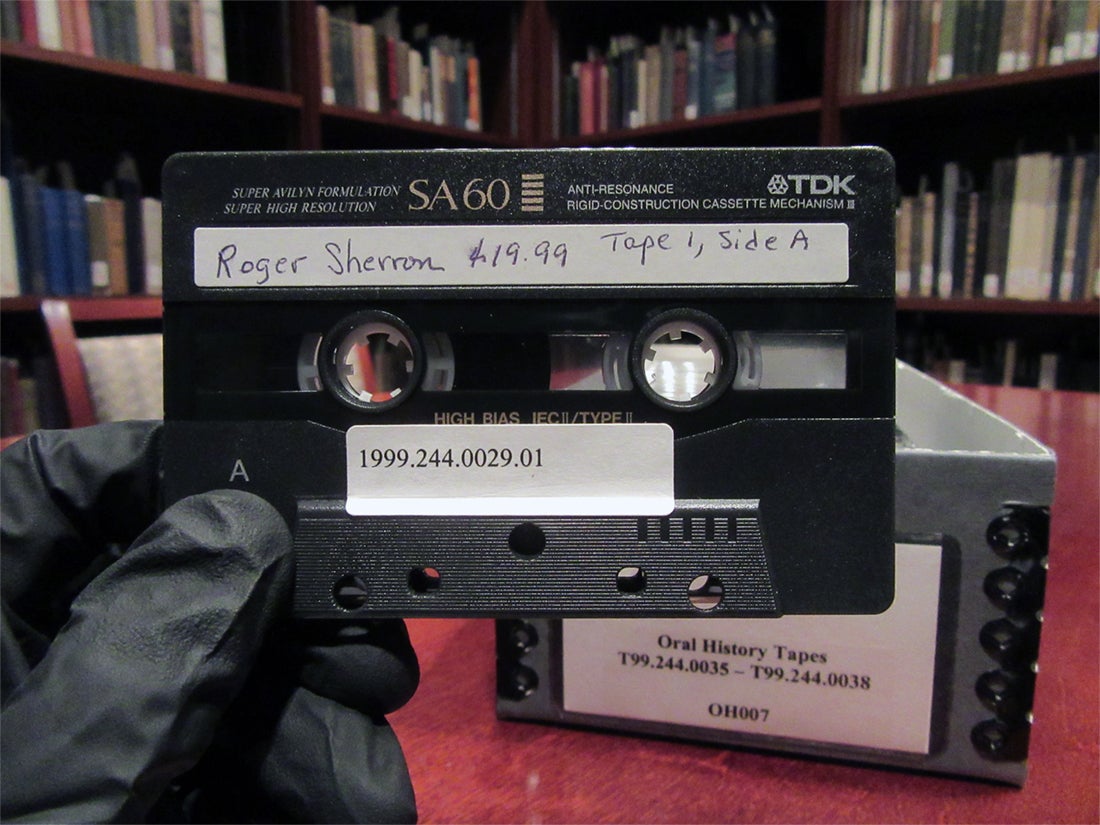 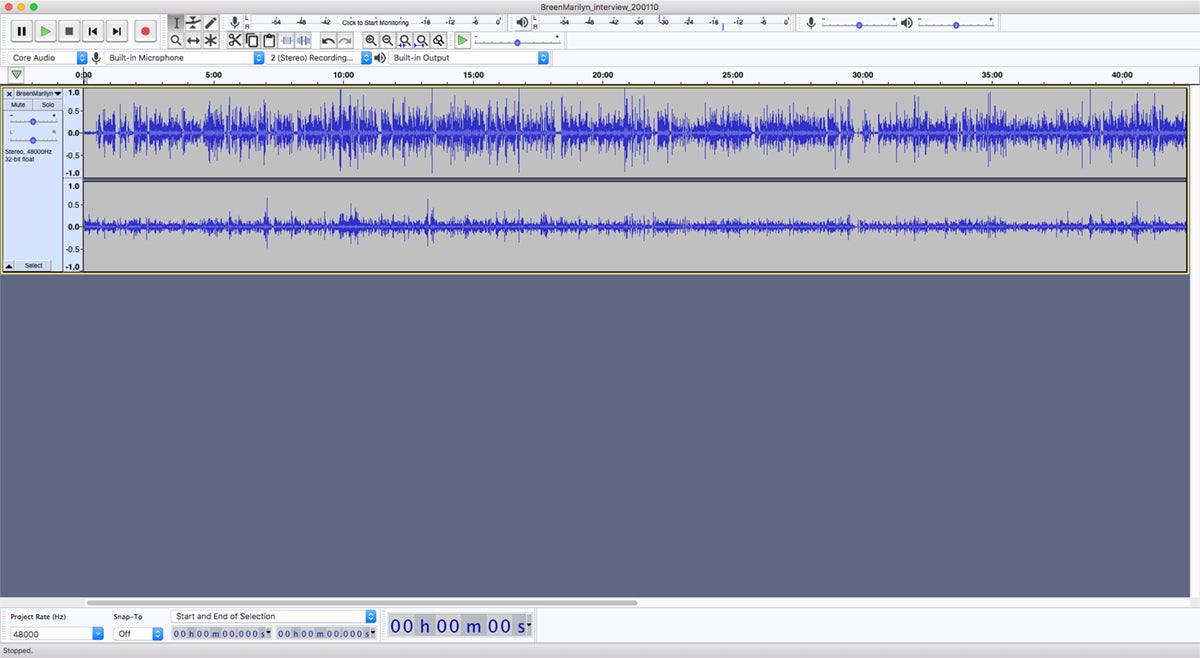 [inset image]
From the OHP’s outset, interviews were recorded onto cassette tape, since transferred to digital format by collections staff | Interviews are now digitally recorded and saved as WAV audio files

I introduced myself to Art Villar – the aforementioned Pan American World Airways captain – and I described the project and detailed how a record of his experiences might benefit future researchers. He agreed to participate, and we planned an interview at his home on March 17th, when his daughter would be present.

However, on March 16th, due to the coronavirus, the City and County of San Francisco initiated shelter-in-place orders. Many Airport employees were sent home at the end of the day for an indeterminate time. Museum staff shut down onsite operations and prepared to telecommute. These orders meant that, due to very real safety concerns, there would be no interview the next day. I called Captain Villar to update him and postpone our interview.

He and I spoke by phone over the next few months, waiting to resume in-person interviews, which is the gold standard for oral histories. As it became apparent that traditional interviews were far off, and because of the grave risks associated with normal interview practice during a pandemic, we needed to rethink how to continue the project. After some research and consultation, the OHP became a remote interviewing operation, conducted and recorded either over the phone or over a video application like Zoom or FaceTime. 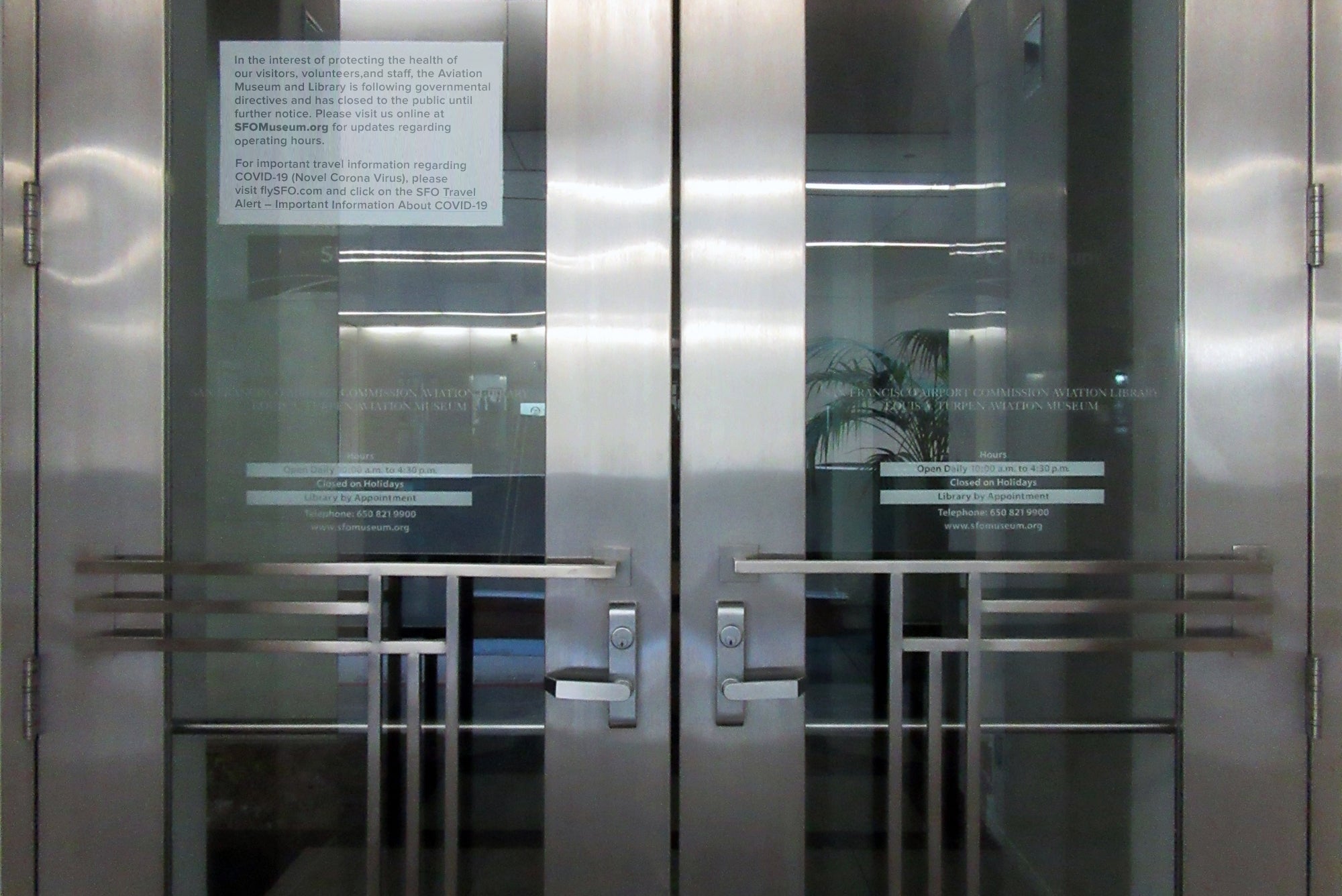 In early July 2020, the OHP resumed conducting interviews. My first virtual interview was with Captain Villar, who talked about many subjects, including his work at the Miami base for PAA in the 1940s, the years he and his family spent based in Hong Kong, and the changes in aviation he witnessed over his career. 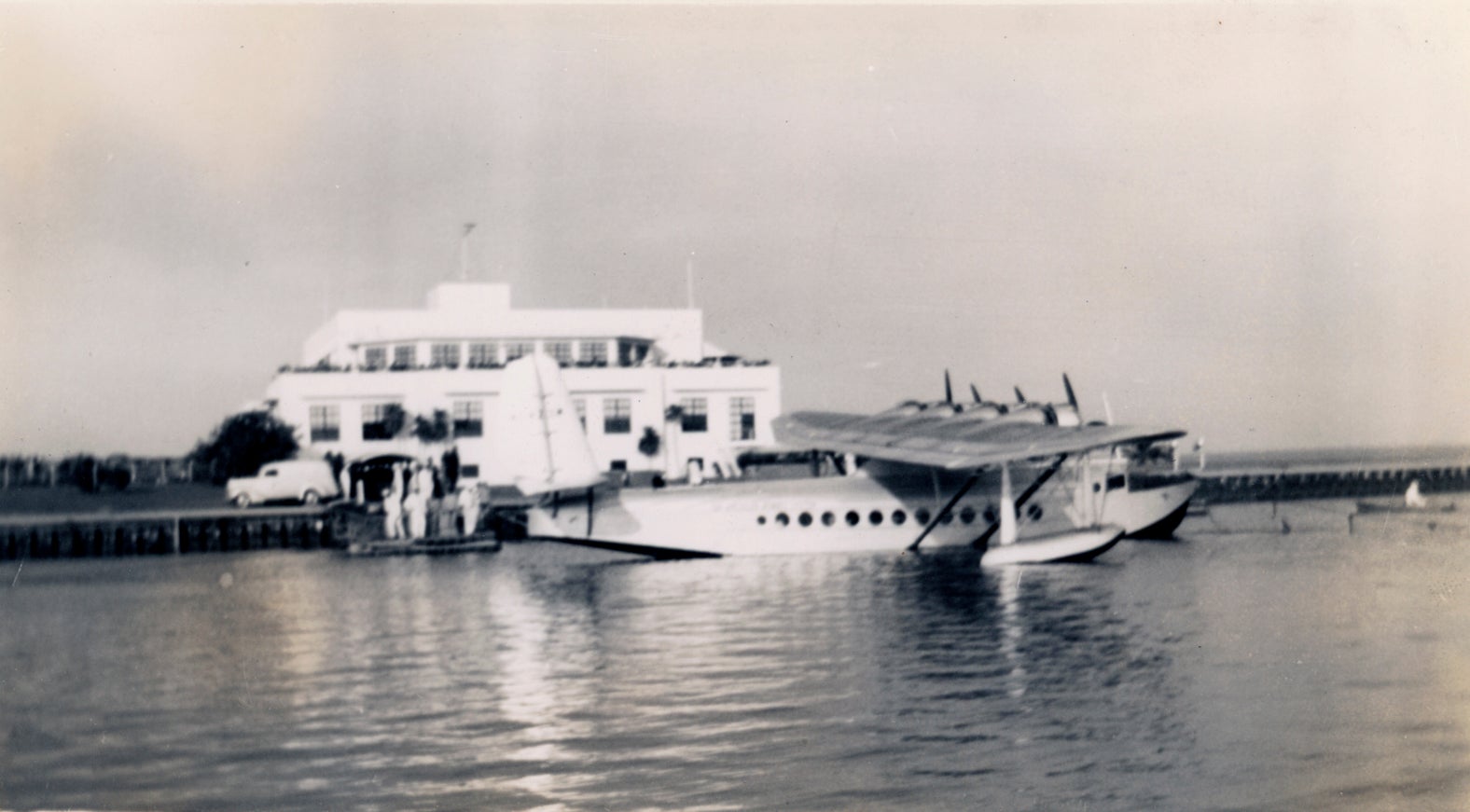 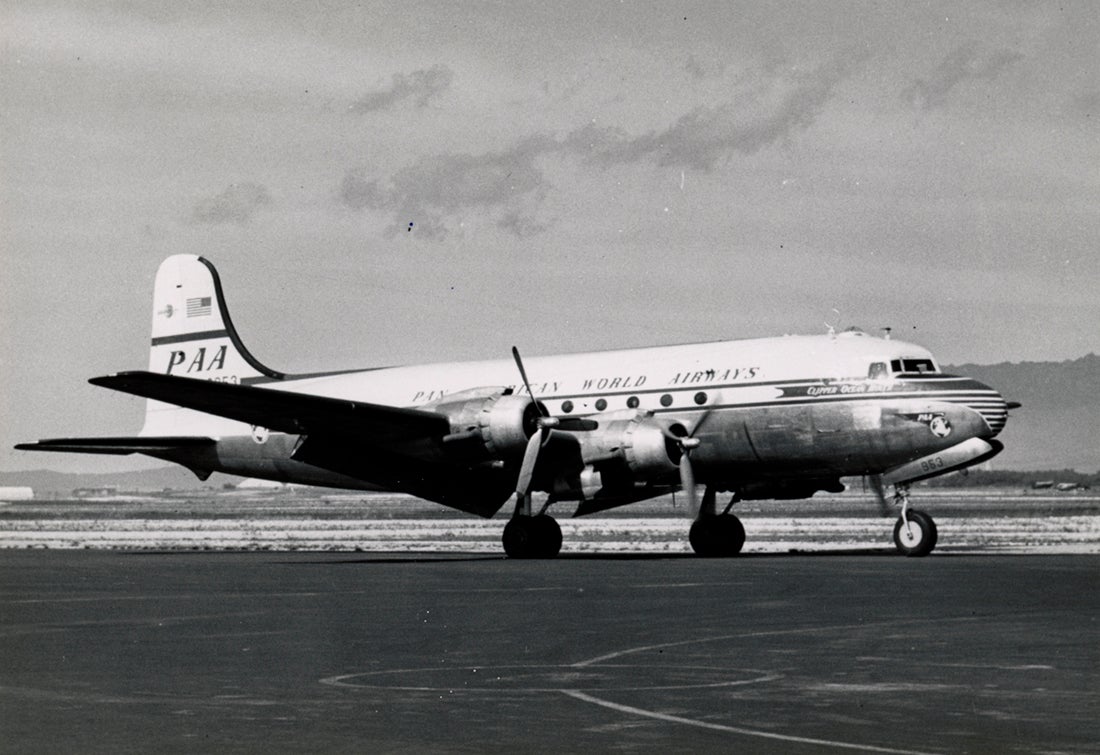 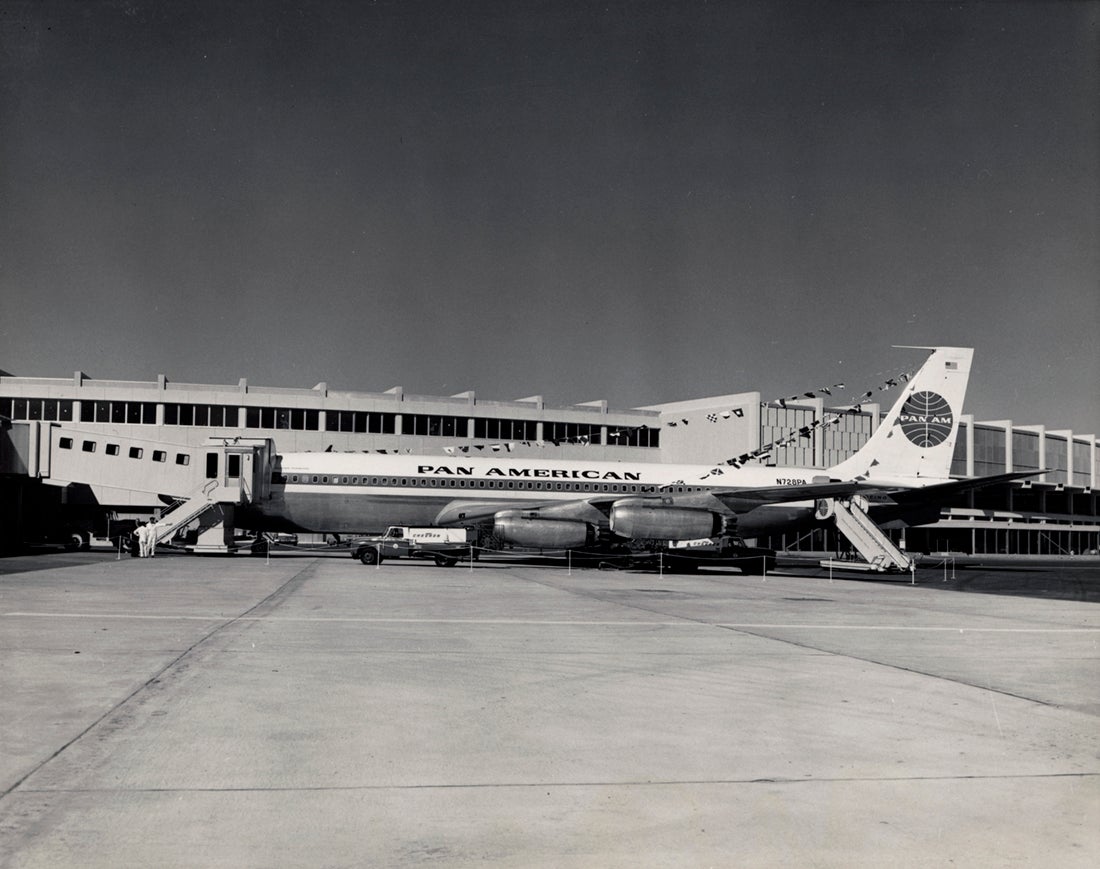 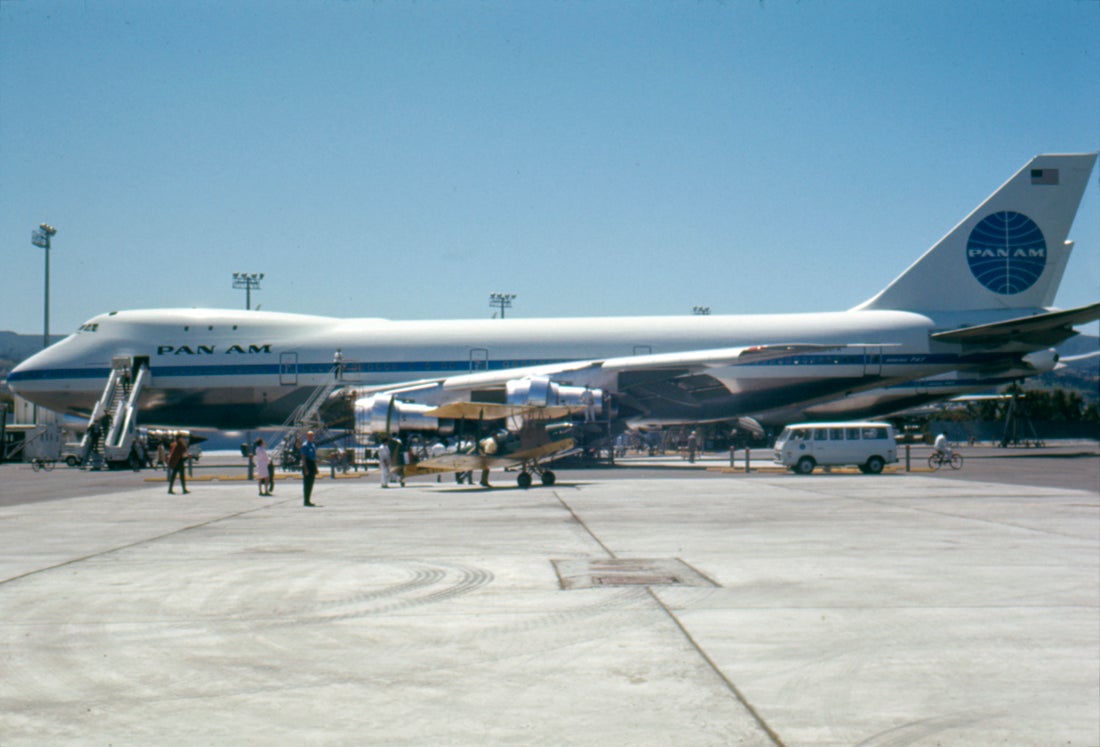 I also spoke with Sandra Herrmann, a United Airlines flight attendant featured in SFOM’s exhibition, Flying the Freedom Birds: Airlines and the Vietnam War. Ms. Herrmann shared her experiences from her time with Capital Airlines at the beginning of her career, the years she spent working on the flights that carried military personnel to and from Vietnam, and the time she met Dr. Martin Luther King, Jr. 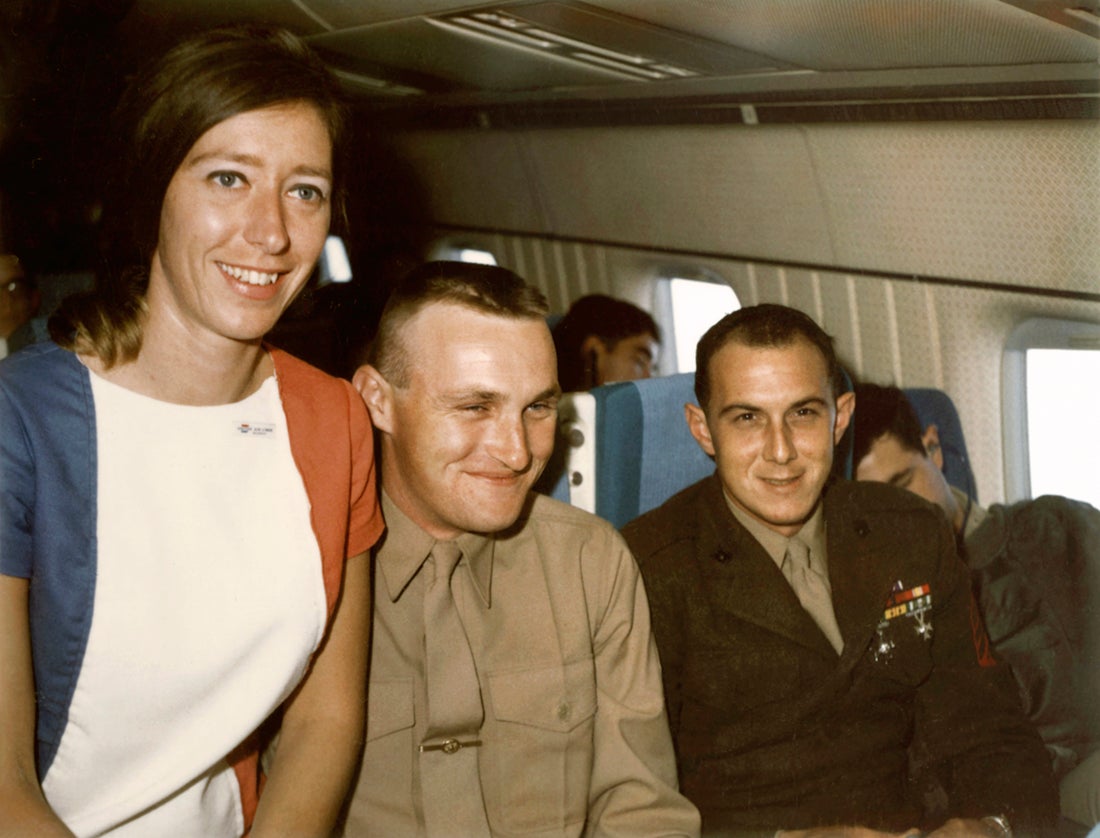 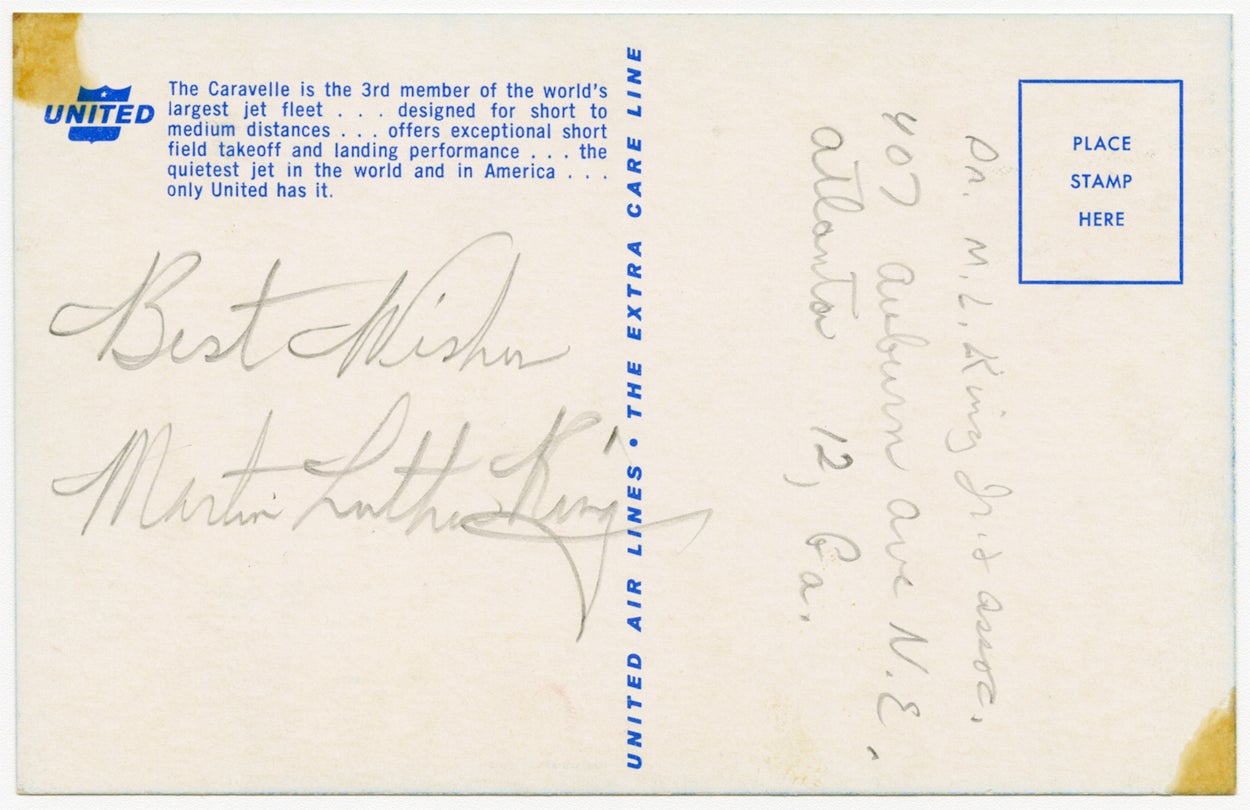 Thanks to technology and the adaptability of the oral history participants, the OHP has adjusted to the changes brought on by COVID-19. With this new remote interviewing ability, the project will continue to seek out and interview new people and preserve their experiences and look forward to the time when we can meet again in person.

The Oral History Program is currently seeking interviews with people who work or have worked in commercial aviation (pilots, flight attendants, mechanics, customer service agents, ground crew, management, operations, and others), including the experiences of members of the BIPOC [Black, Indigenous, and People of Color] and LGBTQ communities and women. If you have a story to tell, please contact the OHP at collections@flysfo.com or (650) 821-9900.