The French have manufactured several types of wallpaper over the centuries, though their nineteenth-century handcrafted scenic landscape papers are arguably the most spectacular. This unique wallpaper created a breathtaking panoramic experience with all the walls in a room covered with non-repeating scenes. These mural-like papers transformed rooms, providing the opportunity for viewers to be swept away to an exotic place or immersed in an exciting period in history. Scenic papers enjoyed a golden era in both Europe and North America from the first decade of the 1800s until the 1860s, though they remained in print well after this period. Zuber et Cie is the only remaining firm that fabricates these papers today.

Jean Zuber (1773–1852) began working as a sales representative for a wallpaper firm at the age of seventeen in Mulhouse, France, before relocating the company to Rixheim, France, in 1797. By 1802, Zuber had become its sole owner, naming the firm Zuber et Cie. Zuber soon began producing panoramic papers and quickly gained prominence for his meticulous attention to detail and exquisite colors and designs. He worked closely with artists who generated full-scale panoramic compositions, which served as models for the hand-carved printing blocks. It requires anywhere from over one hundred to several thousand blocks to create a scenic paper set. Zuber et Cie’s artisans craft beautiful skies, which they carefully paint with large brushes before the rest of the imagery is block-printed by hand onto finely made paper. 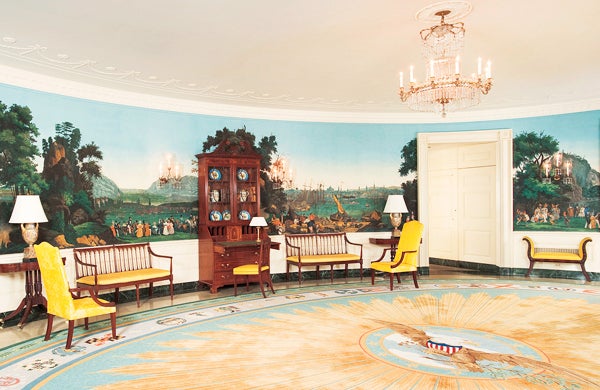 Zuber et Cie’s magnificent panoramic wallpapers continue to captivate present-day patrons. The firm uses the original antique printing blocks, which the French Ministry of Culture has designated as Historical Monuments. Over 150,000 woodblocks are stored in the factory’s vaulted cellars. This exhibition presents a complete set of Views of North America as well as individual lengths from L’Hindoustan, Eldorado, Les Lointains, and Décor Chinois. 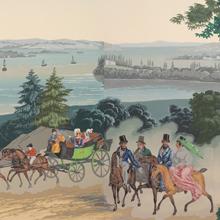 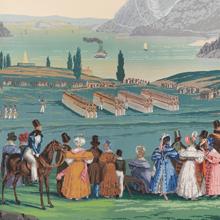 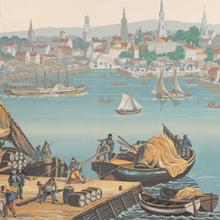 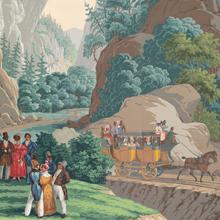 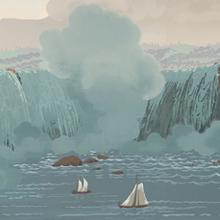 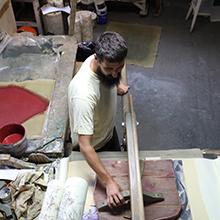