Over thousands of years, the Native peoples of North America perfected the art of basket weaving. Weavers manipulated grasses, bark, roots, and other plant materials into baskets that served a variety of functions. People relied on baskets for gathering, storing, and preparing and cooking food. Women used basketry cradles to hold babies and they wove basketry caps for personal adornment. Baskets were also incorporated into ritual activities. Today, many Native North Americans uphold this cultural legacy. Although no longer a necessity, weavers continue to make baskets for sale, for personal use, to give as gifts, and for ceremonial use.

Basketry remains one of the oldest North American crafts. Weavers pass down their skills and knowledge from one generation to the next. Manufacturing techniques, designs, and materials vary from coast-to-coast. Native North Americans living in close proximity to one another, who share common cultural traits and access to the same natural resources, typically weave baskets with similar characteristics. Even so, because they are handmade, every weaver makes baskets with unique attributes.

Baskets are either sewn or woven. Coiling, plaiting, and twining are the three basic techniques commonly employed. Coiling involves sewing plant fibers around a foundation material; each row is stitched onto the one below it. Twining entails wrapping and twisting two or more horizontal strands (wefts) between vertical strands (warps). In plaiting, two elements are woven over and under each other at a right angle. Countless variations exist within the three techniques.

As early as the seventeenth century, Native North American lifeways were dramatically altered as European colonization occurred. By the 1880s, railroad and steamship travel was well established. It was a time of prosperity for upper-middle-class Americans, many of whom began to take an interest in Indian handicrafts. In response, numerous Native groups sold baskets to support themselves in the new cash economy. Weavers made baskets using the same materials and methods as their ancestors in addition to incorporating new components. Novel shapes, such as miniature baskets and basketry-covered bottles, were created for sale to collectors and tourists.

This exhibition was made possible through a generous loan from the Phoebe A.  Hearst Museum of Anthropology, University of California at Berkeley.
Special thanks to Research Anthropologist, Ira Jacknis.
©2009 by the San Francisco Airport Commission. All rights reserved. 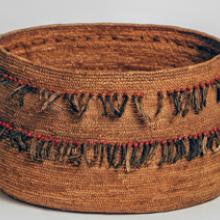 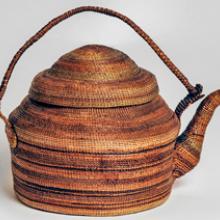 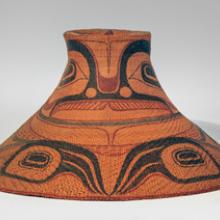 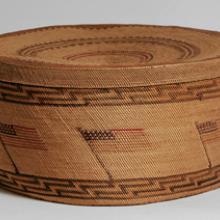 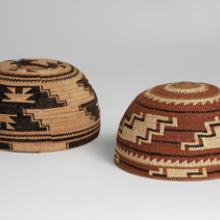 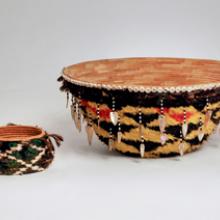 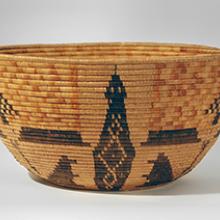 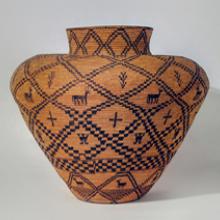 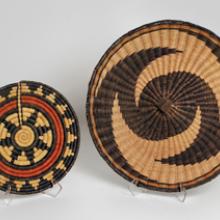 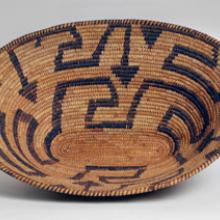 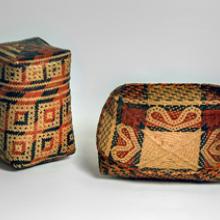 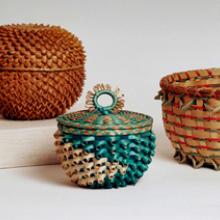