A World of Masks from the Collections of the Phoebe A. Hearst Museum of Anthropology

A World of Masks from the Collections of the Phoebe A. Hearst Museum of Anthropology

For thousands of years, cultures throughout the world have used masks to transform their identities into powerful figures, dramatic characters, jokers, ancestral and animal spirits, and other supernatural beings. Masquerades, in which participants wear masks, don costumes, and are frequently accompanied by musicians or chorus singers, encompass both ritual performances and dance dramas. In many societies, men play the role of maskers, even when representing women. Masked performances entertain, inspire awe or fear, and educate audiences. At the same time, masquerades help communities to prosper, thrive, and maintain social order. 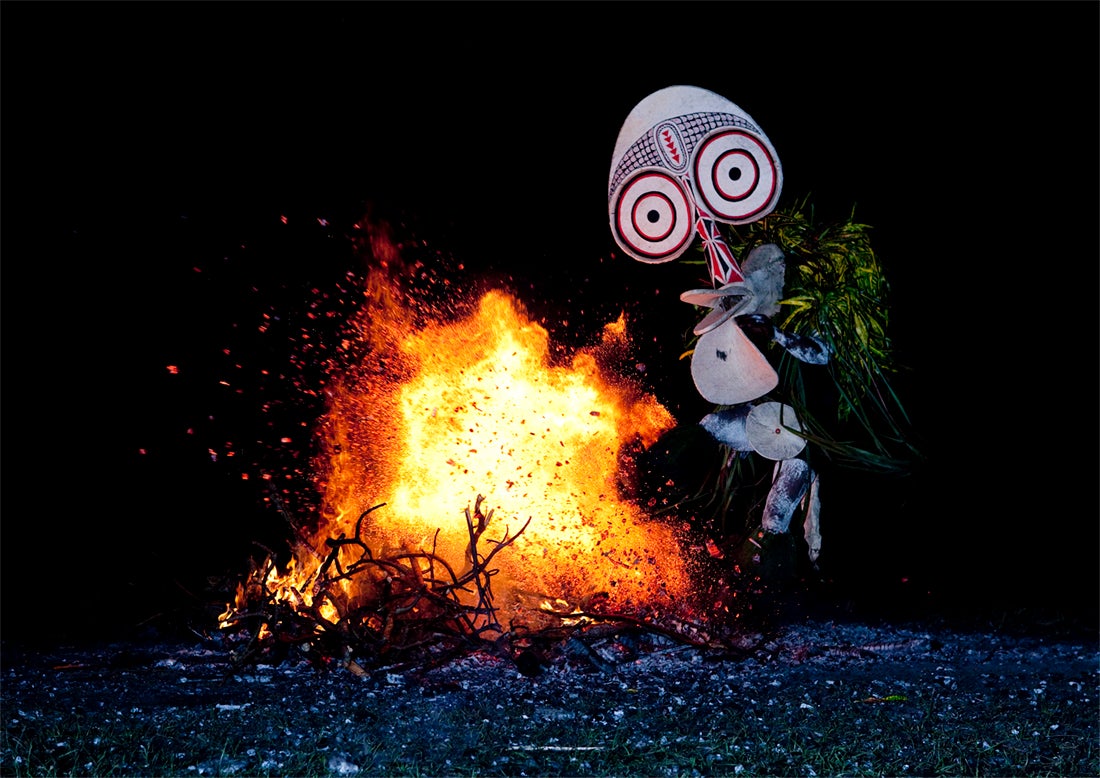 From the Americas to Africa and Oceania, masked ceremonies of renewal and prosperity play a pivotal role in the annual life cycle. Masked rituals seek to ensure bountiful crops, game, and favorable weather conditions. Maskers perform rites to secure fertility and numerous descendants. Other masked dramas commemorate and appease ancestors and other spirit-beings who assist in protecting the community’s welfare. Masquerades are also performed in celebration of holidays and harvest festivals.

Masquerades form an integral part of various rites of passage. Maskers commonly appear at funerary ceremonies, particularly in Africa and Oceania. Masked rituals may mark the formal entry of the spirit of the deceased into the ancestral realm. Adolescent initiation ceremonies into male societies serve as one of the most important uses of masks in these two regions. Such societies teach young men the social and domestic skills necessary to become successful adults. Masked dramas educate adolescents as well as initiate and announce to the community the novices’ successful entry into the group.

For centuries, masquerades have aided in establishing order within a community and formulating a group’s social identity. Oral histories tied into performances explain a people’s origins, ancestors, and mythologies. Some masked performances outline gender roles and expectations among men and women. Other dance dramas announce, establish, or reinforce the wealth and power of village leaders. Historically, maskers also performed judicial and policing roles, particularly in West African societies.

This exhibition identifies many important traditional uses of masks and the many commonalities among masking customs from Melanesia and West Africa to Alaska, the Northwest Coast, Mexico, and Guatemala. A World of Masks highlights the astonishing creativity and imagination among cultures across the globe. Artisans have crafted masks in an endless array of forms using a variety of materials, such as wood, shells, beads, cloth, leather, and paint. The more than one hundred unique masks that were on view from the collections of the Phoebe A. Hearst Museum of Anthropology presented a myriad of styles—from abstract to realistic, human and animal forms, some comical, others menacing or beautiful.

This exhibition was made possible through a generous loan from the Phoebe A. Hearst Museum of Anthropology, University of California, Berkeley.
Special thanks to Research Anthropologist, Ira Jacknis. 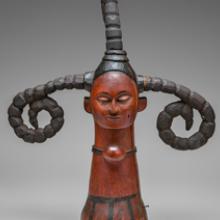 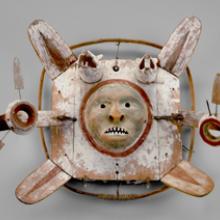 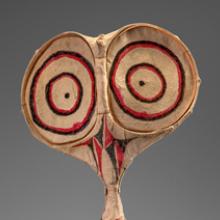 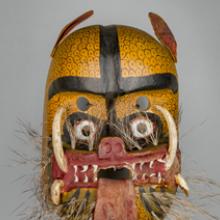 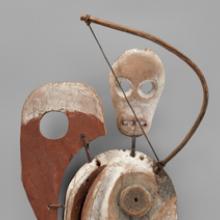 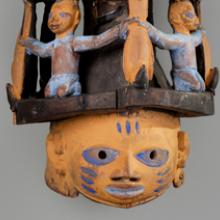 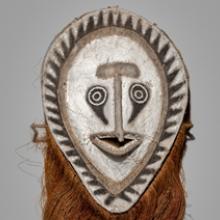 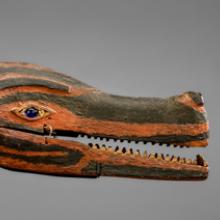 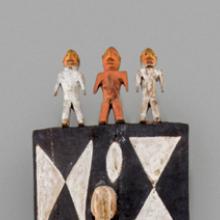 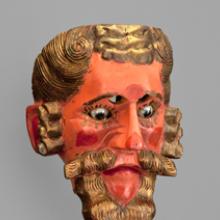 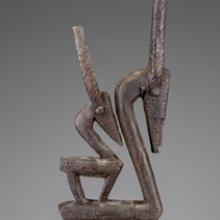 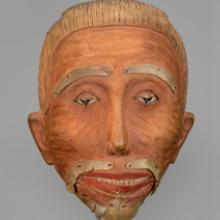