The brothers Malcolm (1887–1958) and Allan (1889­–1969) Loughead shared a common interest in mechanical engineering from their childhood. Their name—eventually changed to the more easily pronounced Lockheed—became well known in the early days of aviation. It remains synonymous with the aerospace industry today.

In the 1910s, they were influenced by the glider concepts of Californian John J. Montgomery, a Santa Clara University professor, and they were familiar with powered aircraft designed by Glenn H. Curtiss. Working in their garage near San Francisco’s waterfront at the corner of Polk Street and Pacific Avenue, they built a three-seat seaplane with financial backing from the Alco Cab Company. Named the Model G—to appear as if they had already built prior aircraft—Malcolm helped launch Allan from a ramp at the foot of Laguna Street on June 15, 1913 for its first flight over San Francisco Bay. For the 1915 Panama­–Pacific International Exposition—San Francisco’s grand world’s fair celebrating the Panama Canal and the City’s rise from the ruins of the Great Earthquake and Fire of 1906—the brothers obtained a concession for exhibition flights in their Model G. They successfully carried 600 passengers, each paying $10 for a ten-minute air tour. While making a name for themselves, they netted a considerable profit of $4,000 with which they formed the Lockheed Aircraft Manufacturing Company.

Moving to Santa Barbara, California, in 1916 after the fair, the Lougheads and Berton R. Rodman opened a factory, hiring sales manager Norman S. Hall, superintendent Anthony Stadlman, and John K. “Jack” Northrop, a young mechanic and draftsman. They soon launched a ten-seat wooden flying boat called the Model F-1. It was of interest to the U.S. Navy, but proved most profitable for tourist flights over the Channel Islands.

Success in creating these wooden aircraft led to the next phase in the Lockheed legacy marked by an innovative manufacturing technique. Box-kite frame construction with internal cross bracing was then a standard for airplane fuselages. The Lougheads patented a new process to build a tapered monocoque (single shell) fuselage. Its tension-loaded skin and elliptical frame were strong enough to absorb the stresses of flying. This revolutionary structure maximized internal space, minimized weight, and improved aerodynamics. Their first application was the Loughead Model S-1. Envisioned as an “everyman’s airplane,” it was small enough that with its folding wings, one could be kept in a garage. The idea of an individually owned airplane for all, as with the motorcar, was a popular notion, but the market proved elusive and not a single Model S-1 was sold. Nevertheless, it is significant for its breakthrough design that would lead directly to the next generation of history-making Lockheed aircraft: the Vega, Sirius, Altair, and Orion models of the 1920s and 30s.

©2012 by the San Francisco Airport Commission. All rights reserved. 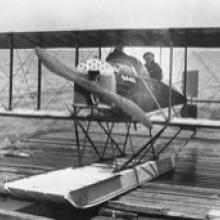 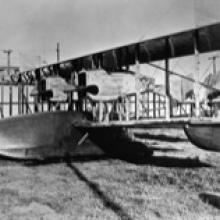 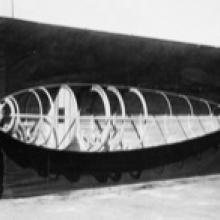 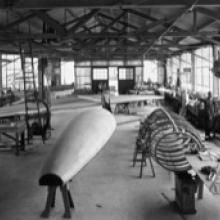 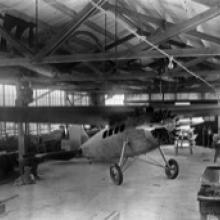 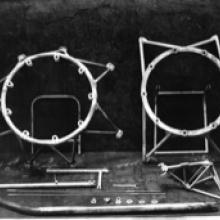