Wayne Hoy has maintained an intense passion for photography since he began photographing in the late 1960s. Hoy’s early work integrated black-and-white images with large sculptural forms, painted canvases, and other non-conventional surfaces. During his travels in the United States, Europe, and Asia, Hoy developed a body of work that explored additional themes and concepts, including portraiture and color photography. However, the primary focus of his work is the formal relationship between patterns in human constructions and their interaction with the landscape.

The San Francisco landscape has captured Hoy’s attention and imagination for a long time, particularly the numerous ways in which the city's architecture reflects the features of its mountains and hills.Twilight Series, an ongoing body of work of  black-and-white photography, carefully examines the dynamic nature of the San Francisco landscape during the transitional moments between twilight and nightfall. During this time of day, a soft glowing light appears, caused by the refraction of sunlight into the atmosphere. Hoy’s use of long exposures conveys aspects of time and motion that would be difficult to record during the day. Specific locations and monuments in Twilight Series are less important than how they are transformed by the presence of natural and artificial light. 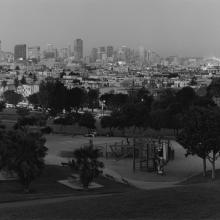 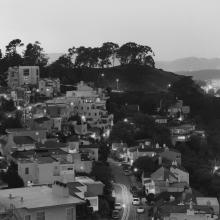 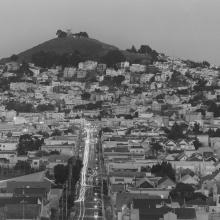 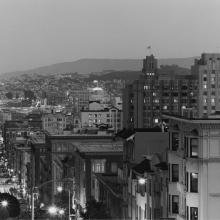 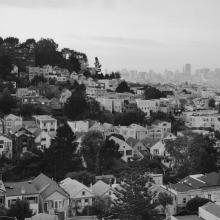 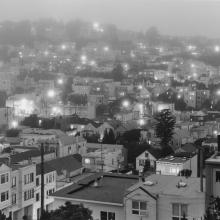 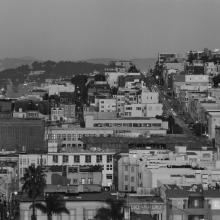 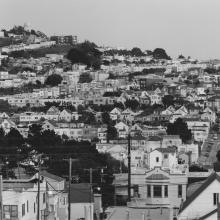 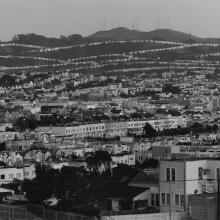 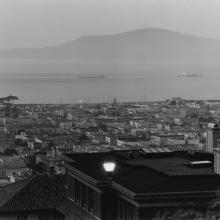 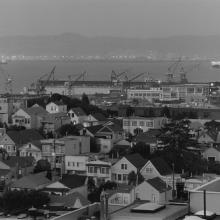 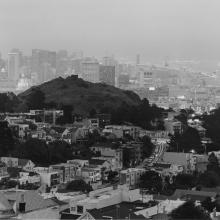