The Typewriter: An Innovation in Writing

The Typewriter: An Innovation in Writing 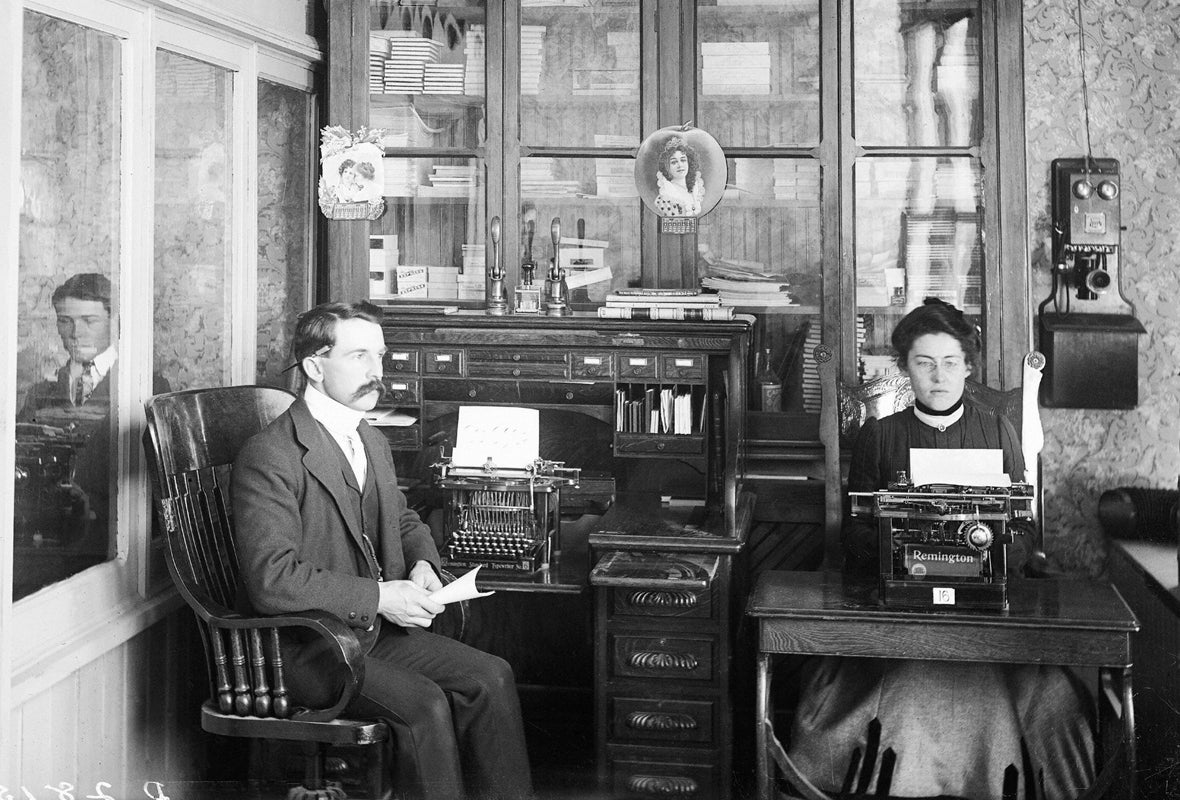 The typewriter is one of the great inventions of the modern world. A marvel of industrial engineering and ingenuity, it revolutionized communication and was an essential tool for countless writers. To comprehend the typewriter’s impact, consider a world where typing did not exist and handwriting was the main form of non-verbal communication. Until refillable fountain pens were introduced in 1884, handwriting was a cumbersome process accomplished with pens dipped in ink. The ease and speed of communication on paper increased dramatically when typewriters became available in the late 1800s. Typewriting was efficient, created clear and legible documents, and easily produced multiple copies using carbon paper.

During the early 1900s, offices staffed by typists, bookkeepers, and clerks made the desktop typewriter indispensable. Inventions such as the telephone, telegraph, and railroad allowed business and manufacturing to grow exponentially, and extensive office organization was required to keep pace. Countless agencies worldwide created professional offices based on principles of scientific management. Daily tasks were clearly defined for each employee, and working structures mirrored arrangements between foremen and workers on factory floors, with office personnel organized by hierarchies and job specialization.

From local repair shops to international corporations, offices of all sizes employed typists trained in touch-typing techniques based on keyboard memorization. The largest typing pools, staffed by legions of women entering the workforce for the first time, offered low wages for monotonous work in expansive, factory-like rooms. As businesses reorganized into smaller, specialized departments, typing environments improved. Secretaries played an instrumental role in this modern office system. Often trained as entry-level typists, they were promoted through the ranks to draft letters, take dictation, and work in liaison with managers and staff.

Although it has fallen out of widespread use, typewriter technology remains foundational in digital devices such as the computer, smart phone, and tablet. Modern typing is translated directly from typewriting, with the keyboard layout of most digital devices rooted in typewriter development. Nicknamed “QWERTY” for the first six letters at the top-left of the keyboard, this layout was not developed to promote efficient typing or for ergonomic reasons. In 1873, QWERTY was introduced to alleviate clashing and jamming of type-bars on the Type Writer, the first commercially produced writing machine with a four-row keyboard.

In recent years, a renewed interest in typewriting has brought many of these classic machines back into focus. While some writers never left their trusty Royal desktops and Olympia portables, other enthusiasts have discovered the typewriter as a creative outlet in an era defined by endless streams of information. Unlike computers, typewriters translate ideas directly onto paper through an audible rhythm of keys and swinging type-bars. There is no delete function to shroud errors, and a well-edited typescript illustrates a creative process through handwritten notations and corrections typed over in ink. Today, collectors and writers all over the world value the timeless aesthetics and utility of the typewriter. This exhibition traces a history of typewriter technology and innovation through more than a century of design, from early writing machines to modern portables and Asian typewriters with thousands of characters. 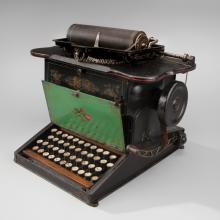 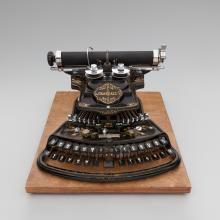 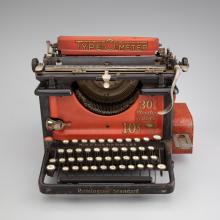 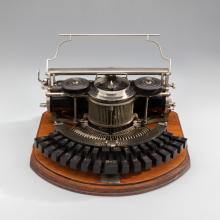 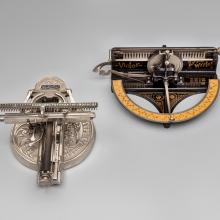 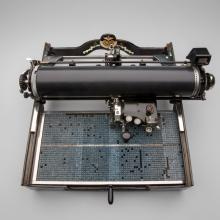 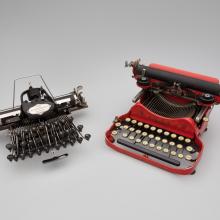 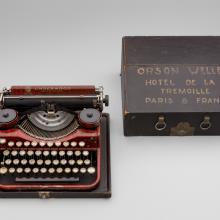 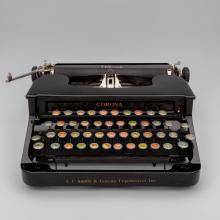 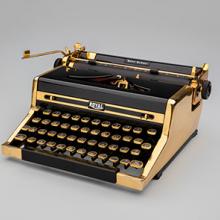 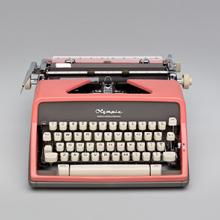 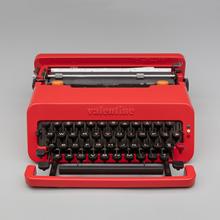