After a visit to Canyon de Chelly National Monument in northeastern Arizona during the late 1990s, photographer Tom Benoit was compelled to photograph the sacred ruins of the Anasazi people. To Benoit, the ruins look like art. He envisioned the luminous tones of gray that would eventually enrich his photographs. Benoit made many trips to the Four Corners region of the United States, where Utah, Arizona, New Mexico and Colorado meet, to do more research and to take photographs.

Benoit’s photographs of Anasazi architecture, depicting hollowed-out natural cave villages on top of mesas or at the base of canyons, explore the intrigue imbedded in the unsolved demise of the Anasazi people. His photographs of granaries, private and public spaces, and communal rituals reveal aspects of everyday life during this time period. Anasazi culture thrived until the 1300s. Their population later declined, possibly due to drought and intertribal warfare. 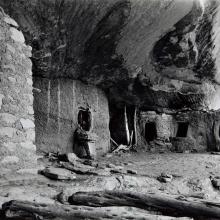 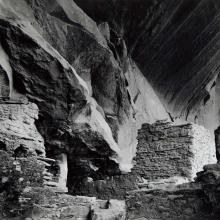 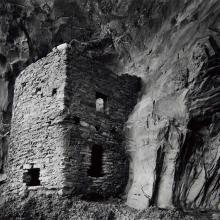 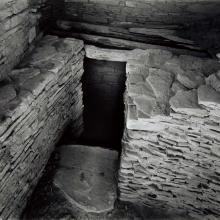 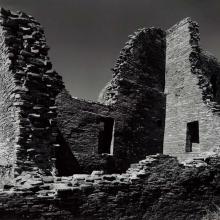 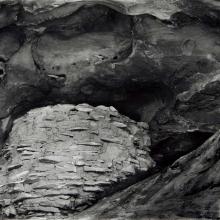 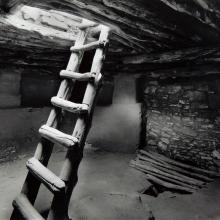 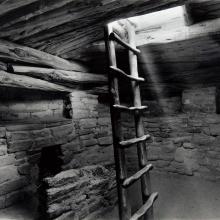 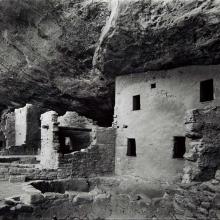 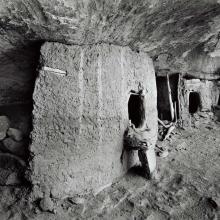 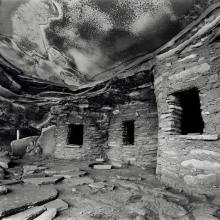 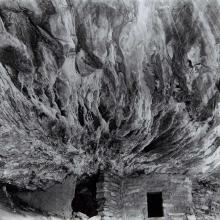