In October 1947, United States Air Force test pilot Charles "Chuck" Elwood Yeager achieved what many had long thought impossible. Flying the jet-powered Bell X-1, he became the first human on record to travel faster than the speed of sound, henceforth called Mach 1. A little over a decade later, Great Britain, France, the Soviet Union, and the United States each began to explore the viability of commercial supersonic transports (SST). In 1962, Britain and France joined forces on the Concorde SST project. The next year, President John F. Kennedy announced an American equivalent, and design concepts from North American, Boeing, and Lockheed were chosen.

After winning the U.S. government contract, Boeing reconfigured and refined its design, which was designated the 2707-300. However, in 1971, the United States Congress cancelled funding before a prototype could be produced. Amid the height of the Cold War, the Soviets also rushed forward with their SST design. The Tupolev Tu-144 became the first SST to fly supersonic in 1969, and passenger service was launched in 1977. Yet, with little market for high-priced supersonic travel in the Soviet Union, operations were intermittent and brief, and ended in the early 1980s.

Two Concorde prototypes achieved supersonic flight shortly after the Tu-144 in 1969, and major airlines began placing purchasing options for over one hundred of the SST. However, due to concerns about its profitability, only Air France and British Airways ultimately purchased the aircraft, with both airlines launching Concorde service in 1976. Due to the noise pollution resulting from the aircraft’s sonic boom, it was only allowed to fly at supersonic speeds over transoceanic routes. Despite this limitation, Concorde supersonic passenger service was successful and remained a highly compelling flight experience for those who could afford the premium-priced fares. Traveling at twice the speed of sound, the Concorde required less than half the time to reach its destination than travel in subsonic airliners. Service continued uninterrupted, primarily on transatlantic routes, until 2000, and then again from 2001 to 2003, when the SST was retired. This exhibition presents the legacy of these first-generation SSTs through aircraft models, airline flight attendant uniforms, meal service sets, photographs, posters, brochures, advertisements, and video excerpts from the 1976 British Airways promotional motion picture. 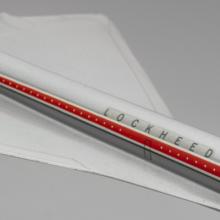 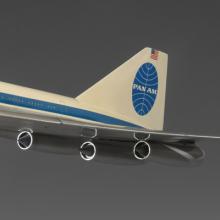 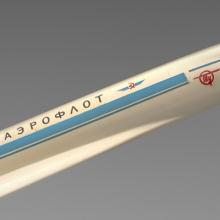 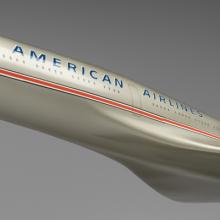 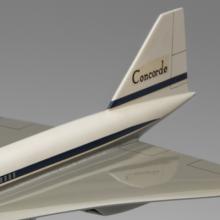 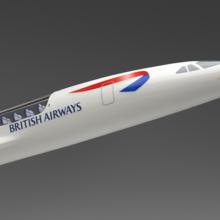 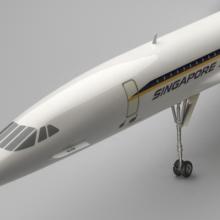 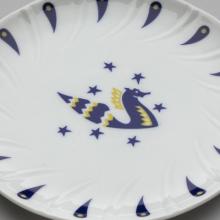 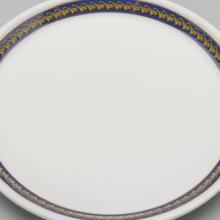 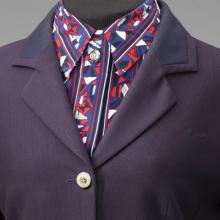 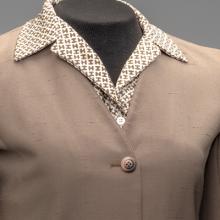 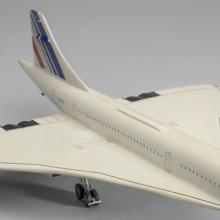