A little over a decade after the first supersonic flight was achieved, the governments of Great Britain and France began exploring the viability of commercial supersonic transports (SST). In 1962, they formally joined forces on the Concorde SST project. Seven years later, two Concorde prototypes achieved supersonic flight, the French 001 and then the British 002. During the early 1970s, the Concorde was promoted widely through literature and international tours of the aircraft. Purchasing options for the SST totaling over one hundred aircraft were initially placed by major airlines worldwide. However, with concerns about its profitability, along with new government-mandated limits on its operation over populated areas due to the aircraft’s sonic boom, only Air France and British Airways ultimately purchased the aircraft.

British Airways and Air France Concorde passenger service was launched in 1976. The Concorde had only one class, Concorde Class, which matched or exceeded other first class services. Just as flying on an airline in the early days of commercial aviation was truly remarkable, a flight aboard the Concorde at more than twice the speed of sound was a technologically cutting-edge experience to be remembered, boasted about, and shared for a lifetime. Flight times were less than half that of subsonic airliners. A Mach 2 transatlantic flight from London or Paris to New York or Washington could take just three and one-half hours, faster than the sun moves across the surface of the Earth. 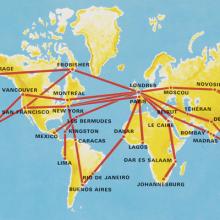 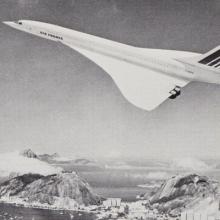 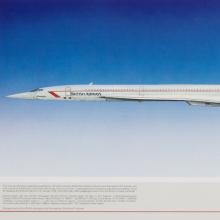 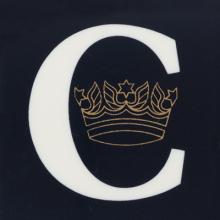 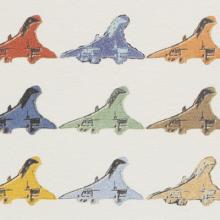 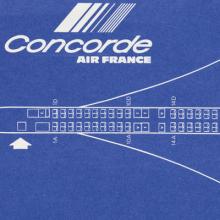