Industrial development and mass production supplies an ever-increasing quantity of goods. Almost as quickly as new products are made, old products are discarded, producing massive amounts of salvageable materials. The nearly endless quantity of refuse that is generated by today's consumers becomes raw material for the folk recycler—limited only by his or her imagination. Bottle caps become baskets and snakes. Safety pins replace silver in southwestern squash blossom necklaces."It started when I was young, real little, when I was always making things out of cardboard and baby jars. In other words, everything I look at, I say, 'I should be able to make something out of that.' It's like giving it new life, giving it a second chance in life." Earl Simmons, Bovina, Mississippi, 1993.

Folk art made from recycled remnants demonstrates
the adaptive nature of traditional crafts and the resourcefulness of artisans around the world. In the absence of new or customary materials, craftspeople turn discarded scraps into objects of beauty, utility, and whimsy. The items used range from bottle caps to aluminum cans, magazines, telephone wires, rubbers tires, light bulbs, and beyond. An old gasoline container serves as a guitar body with fishing line strings, while a milk carton becomes a toy truck with shoe polish caps for wheels.

Folk recycling differs from industrial recycling. Industrial recycling involves systematically collecting and reprocessing waste in order to produce more manufactured goods. Yesterday's tires are turned into asphalt; old soda cans become new ones. Folk recycling, however, includes the re-fabrication of cast-offs in the production of new, handmade items. Used tires provide soles for sandals; tin cans metamorphose into kerosene lanterns. Recycling, however, took place centuries before the term was coined. Prior to mass production, people "made do," re-purposing the materials they had on hand. Women turned old scraps of fabric into rugs or quilts, and blacksmiths melted down worn or unwanted metal objects to make new items.

Second Chances, from the collections of the Museum of International Folk Art, Santa Fe, New Mexico, showcases many of the ingenious creations transformed from trash by artisans across the globe. Some of the many inventive objects on display include Senegalese scrap metal briefcases, Mexican license-plate dustpans, Moroccan water containers made from rubber tires, and colorful South African baskets made from telephone wire. More fanciful, decorative objects range from a bird sculpture made from toilet paper mâché and magazines to an entire dress made from Tootsie Pop wrappers. Images of built environments, such as Simon Rodia's Watts Towers (c. 1921–1954), a complex of structures mostly built from discarded materials, are also on view.

This exhibition was made possible through a generous loan from the Museum of International Folk Art, Santa Fe, New Mexico. Special thanks to the Ames Gallery Berkeley, California for providing additional objects. Photographer and designer Kelly Ludwig provided digital images for the exhibition. Photography is not permitted. 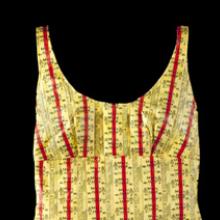 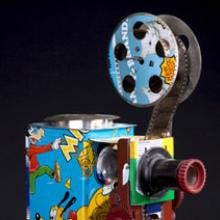 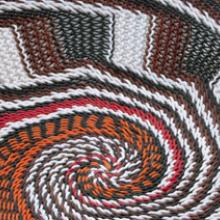 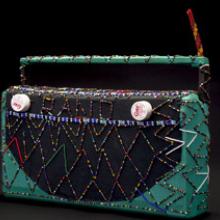 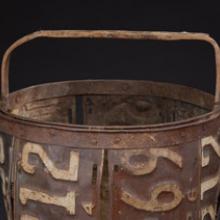 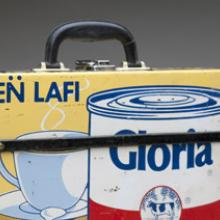 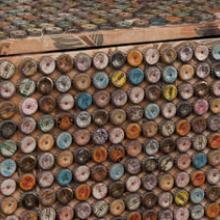 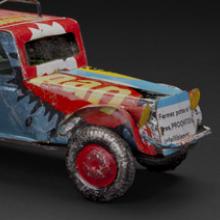 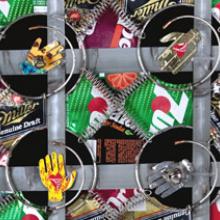 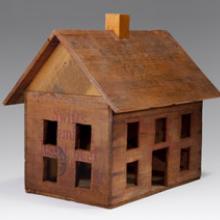