Reflections in Wood: Surfboards and Shapers

Reflections in Wood
Surfboards and Shapers

Surfboard shapers are artisans who create surfboards from shaping materials such as foam or wood. By pairing iconic surfboard shapers with select sources of rare wood, Larry Fuller (b. 1954) has assembled a collection of boards that illustrate the progression of surfboard design through a common medium. Fuller crafted his first wooden board from agave and redwood close to three decades ago with surfer-shaper Jim Phillips (b. 1946). Over the next few years, he made connections that established the foundation for a more extensive legacy project. While working for Phillips in Encinitas, California, Fuller was introduced to a host of surfer-shapers including George Downing (1930–2018) and Dick “RB” Brewer (b. 1936). Surfing in his spare time at Cardiff State Beach in San Diego, Fuller was led to surfer-shaper Donald Takayama (1943–2012).

After Fuller located sawyer and wood collector Charles Pyle (b. 1945), they created a series of surfboards with Takayama from old-growth redwood salvaged from the 1854 Mirassou Winery in Northern California. This wine-tank redwood was carefully selected, sawed to shape, arranged into book-matched strips, and temporarily glued together to create laminated surfboard blanks. A computer numerically controlled (CNC) machine then cut the blanks to the profile of an original master surfboard. Once back with Fuller, the boards were broken apart and each strip was hollowed-out with a router. Final assemblies were permanently glued together and transferred to Takayama for final shaping, followed by fiberglassing, fin installation, and finish work. 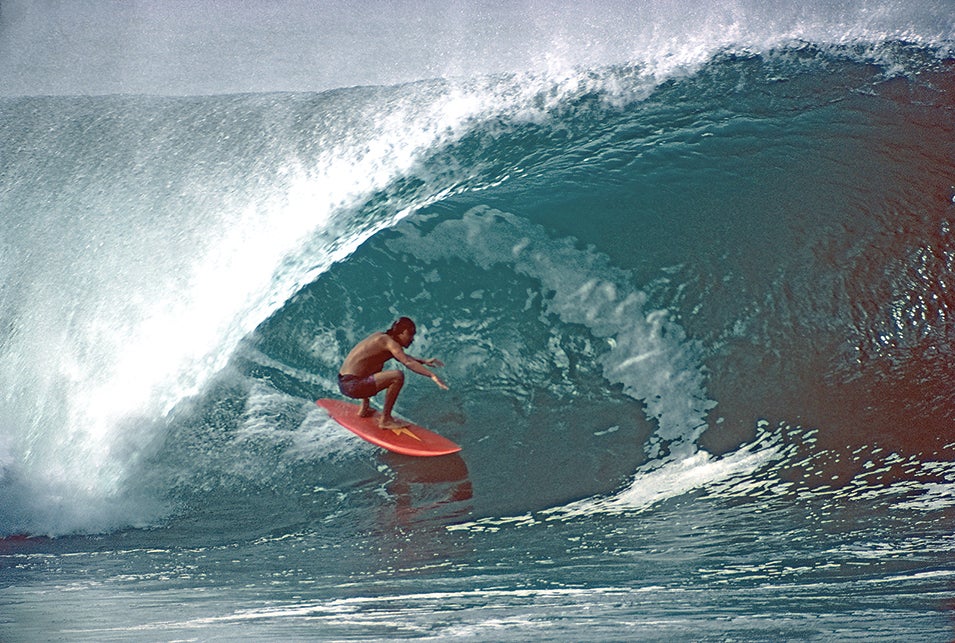 Using a similar process, Fuller coordinated a limited run of surfboards with Santa Barbara-based surfer-shaper Reynolds “Renny” Yater (b. 1932) from wine-tank redwood salvaged from the 1839 Thomas Brothers Winery in Southern California. In 2009, Fuller found Jan Petersen (b. 1951), the steward of a 2,700-year-old, 284-foot-tall giant sequoia tree that had fallen during a 1964 winter storm in Whitaker’s Forest, adjacent to Kings Canyon National Park in the Sierra Nevada mountains of California. Rather than use CNC machining on such a prized material, Yater shaped his Baby Spoon longboards by hand from solid, milled slabs of sequoia redwood. The process of handcrafting these step-deck surfboards from solid wood required great care and exceptional craftsmanship.

Under the direction of Tom “Pōhaku” Stone (b. 1951), native Hawaiian surfboards were made to document shapes from surfing’s ancient past. Hot curl surfboards by Takayama are similar to the finless, redwood boards that were ridden in the 1930s. Other surfboards illustrate shapes originally crafted from polyurethane foam and fiberglass. A classic longboard by Dudley “Hap” Jacobs (b. 1930) showcases early 1960s design. Big wave guns by George Downing and Wayne Lynch (b. 1952) demonstrate the equipment that is necessary to paddle into large waves. Carl Ekstrom’s (b. 1941) Asymmetric is an example of experimental design from the shortboard revolution. Gerry Lopez’ (b. 1948) big wave gun is typical of the type ridden at Pipeline on the North Shore of O‘ahu. Finally, tow boards by Bill Hamilton (b. 1948) replicate the solid balsa wood surfboards that Laird Hamilton (b. 1964) and Darrick Doerner (b. 1957) first rode at Teahupo’o in Tahiti. 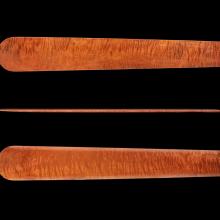 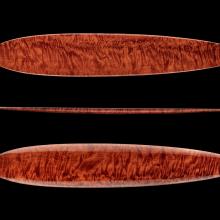 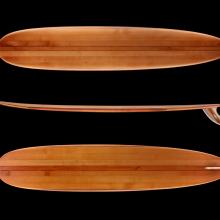 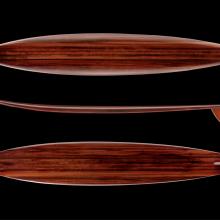 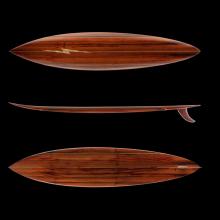 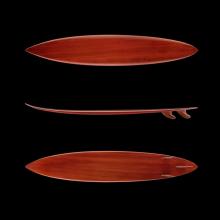