Red Tails at Ramitelli: The Tuskegee Airmen in 1945

Red Tails at Ramitelli: The Tuskegee Airmen in 1945

The Tuskegee Airmen were a group of primarily African American pilots and airmen who fought in the U.S. Army Air Forces during World War II. Until their formation, racist conclusions drawn from a 1920s War Department study prevented Black aviators and airmen from serving in the U.S. armed forces. Similar prejudiced viewpoints within commercial aviation prevented Black people from working in the airlines. After decades of persistent advocacy by Black groups and newspapers, an experimental aviation training program was initiated at Alabama’s Tuskegee University in 1940. A total of 992 pilot candidates graduated from the rigorous flight training schedule, including five Haitians, four Native Americans, one Trinidadian, and one aviator born in the Dominican Republic. With war imminent in 1941, the first all-Black military unit was created—the 99th Pursuit Squadron. Later, the all-Black 332nd Fighter Group was formed, which consisted of the 101st, 301st, and 302nd fighter squadrons. The 99th saw its first combat in 1943. After missions in North Africa and the Mediterranean, they joined the 332nd at Ramitelli, Italy, to provide fighter escort for heavy bomber missions deep into Europe. Here the 332nd received North American P-51D Mustangs and began painting the tails red to distinguish their aircraft from those of other squadrons. By the end of the war, the 332nd had proved their flying skills well beyond the expectations of many in the military’s leadership and were among the most decorated squadrons within the U.S. Army Air Forces. In spite of their heroics, when the airmen returned to the U.S. at the war’s end, they encountered the same racial discrimination and exclusionary practices they experienced prior to their service. Yet, their brilliant war record left a lasting legacy and was a primary factor in the decision to ultimately desegregate the U.S. military in 1948. 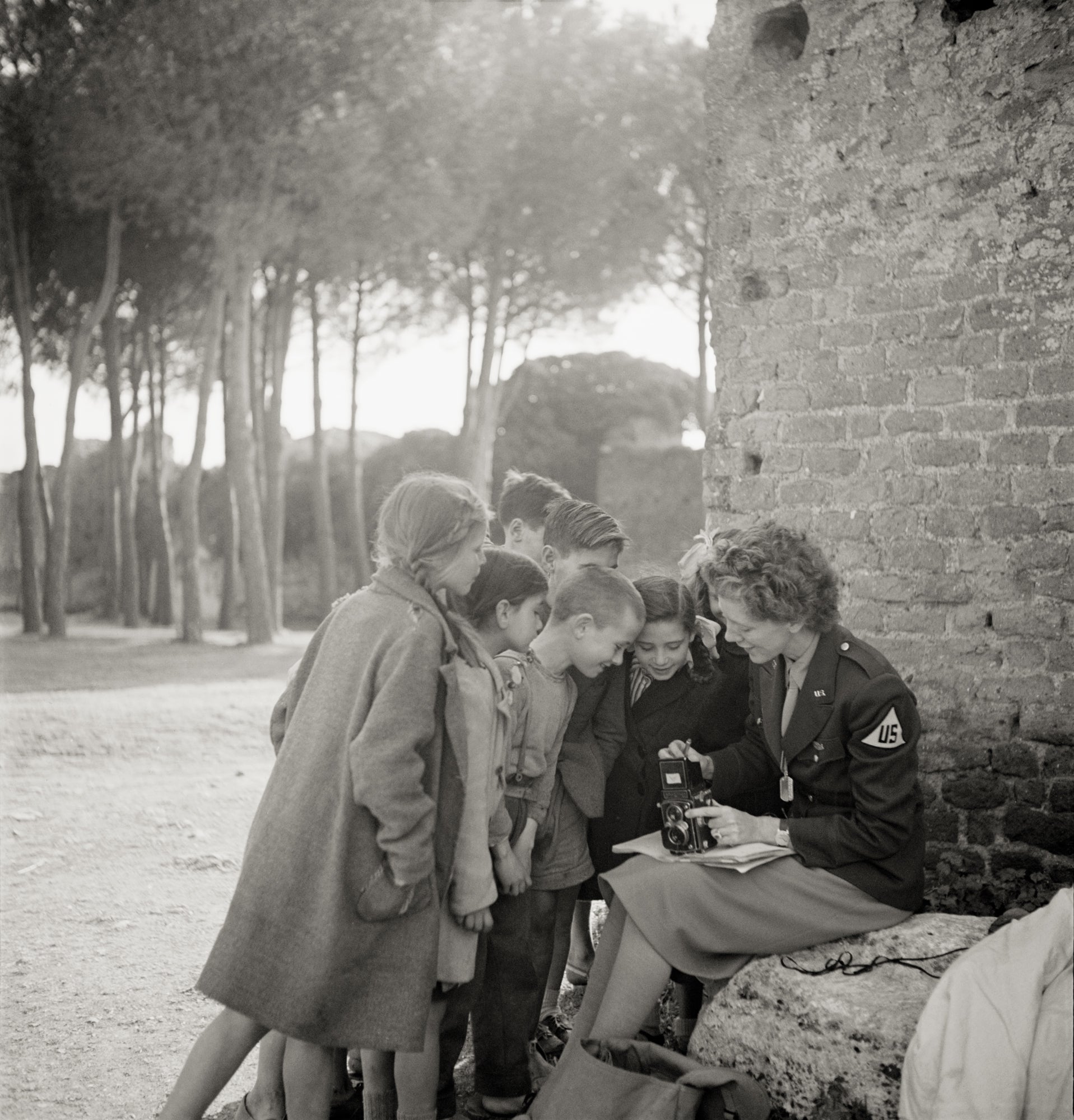 These images of the 332nd in Ramitelli in March of 1945 are from the Library of Congress and were created by photographer Toni Frissell (1907-88), a successful fashion photographer during the 1930s and early 40s. During World War II, Frissell pursued more challenging assignments with the American Red Cross, the Women's Army Corps, and the 332nd Fighter Group. When she began her assignment for the American Red Cross in 1941, Frissell said: "I became so frustrated with fashions that I wanted to prove to myself that I could do a real reporting job." Frissell created images that promoted her subjects’ causes and served the mission of the United States Office of War Information. Her photographs of the Tuskegee Airmen capture the dignity and confidence of these brave aviators and ground crewmen who managed, supported, and flew critical combat missions for the U.S. Army Air Forces during the final months of World War II in Europe. 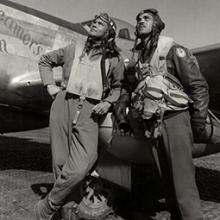 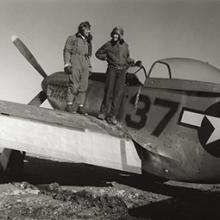 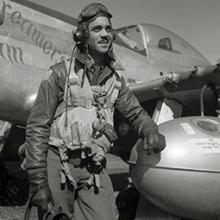 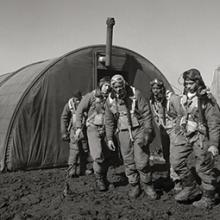 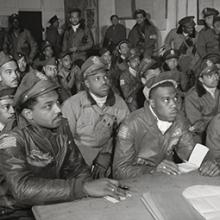 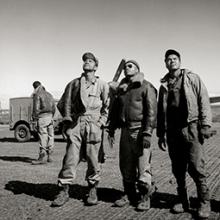 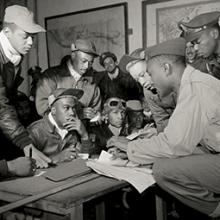 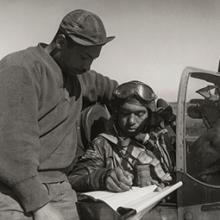 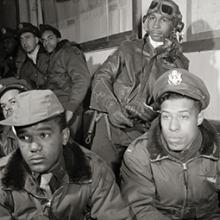 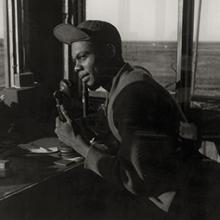 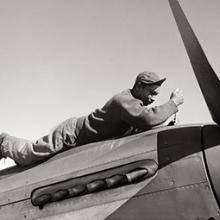 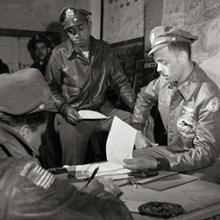