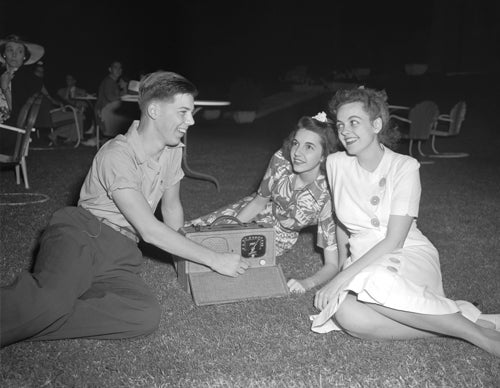 Radio is one of the great technological triumphs of the 20th century. Envisioned for wireless communication, radio became a universal mass media and captivated audiences around the world. For the first time in history, populations separated by thousands of miles could be notified of important news at a moment’s notice. In the United States, radio programming shaped popular culture and strengthened national unity. Millions of Americans gathered around their radios every night during the 1930s and 1940s to hear live comedies, serials, musical performances, and news reports. Radio was the most exciting and accessible technology of its time and galvanized the imagination of countless listeners.

Developed to compete with landline telegraph and telephone systems, radio was not initially intended for entertainment. In 1897, Guglielmo Marconi (1874–1937) patented a wireless telegraph that generated electromagnetic radio waves from a spark-gap transmitter, and in December 1901, the Italian inventor relayed Morse code signals from England to Newfoundland. Promoted as radio telegraphy and commonly known as wireless, it allowed for the immediate transmission of information over long distances and was perfectly suited for communication with ships at sea.

The first radio program was broadcast on December 24, 1906, by Reginald Fessenden (1866–1932) using a wireless telephone and transmitter. To the amazement of shipboard personnel accustomed to receiving Morse code on the air, Fessenden played phonograph music and gave an impromptu performance on his violin. During the next decade, Lee de Forest (1873–1961) regularly broadcast phonograph records to ships equipped with radiotelephone receivers. An early promoter of radio for entertainment, de Forest also conducted civilian broadcasts in San Francisco, New York, and Los Angeles. Electrical engineering professor Charles Herrold (1875–1948) made the first scheduled radio broadcasts, transmitted from 1912 to 1917 at KQW in San Jose, California, to wireless operators and students listening in on crystal sets. 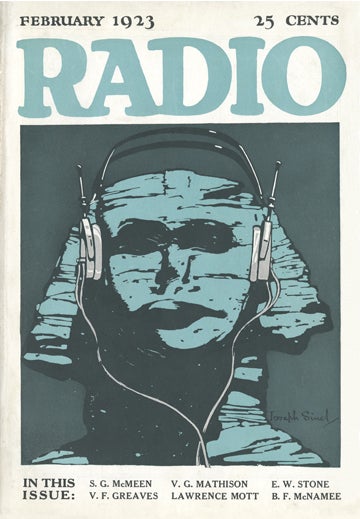 Between 1922 and 1924, the number of radio stations in the United States skyrocketed from twenty-eight to more than 1,400. Stations broadcast to amplified receivers and loudspeakers, and radios that ran on household electricity replaced cumbersome, battery-operated sets. By the 1930s, a new series of compact, high-powered radios incorporated improved vacuum tubes and circuitry. Modern materials such as plastics and molded plywood introduced Art Deco and industrial design to radio styling, and manufacturers advertised “a radio for every room.” This was the golden age of broadcasting, characterized by radio shows performed by actors, sound engineers, and live musicians.

As television took the spotlight in the 1950s, radio programming shifted to recorded music and talk shows. Transistorized portables and auto radios cranked out rock ’n’ roll and Top-40 hit songs, deejays and radio show hosts became overnight stars, and the number of receivers in the United States doubled. Radio had cultivated a massive and mobile audience. This exhibition highlights more than sixty years of radio design, from crystal sets and luxury consoles, to stylish tabletop models and pocket-sized transistors. 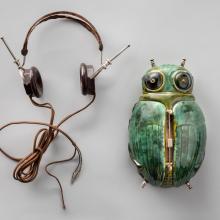 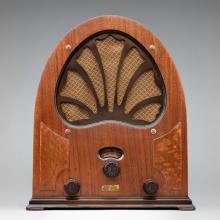 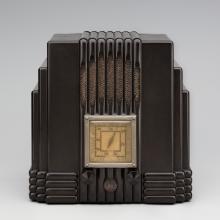 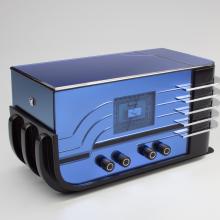 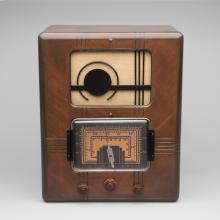 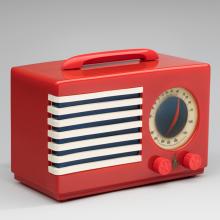 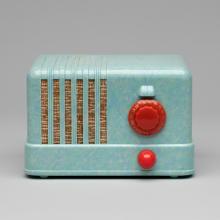 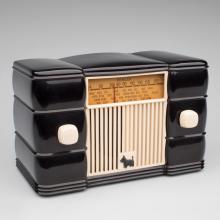 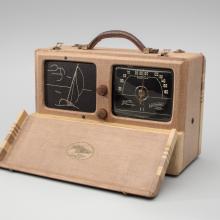 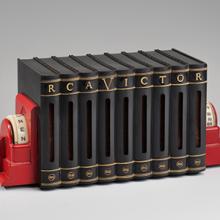 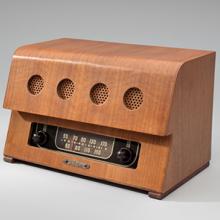 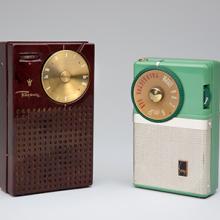