Queen of the Skies: The Legacy of the Lockheed Constellation

Queen of the Skies:
The Legacy of the Lockheed Constellation

During the 1920s, commercial airplanes were slow and limited in range and load capacity. Beginning in 1933, however, with the introduction of the streamlined, all-metal Model 247 by the Boeing Aircraft Company, development of modern commercial “airliners” proceeded rapidly as competition among manufacturers intensified. The Douglas Aircraft Company introduced its ground-breaking DC-2 in 1934, and two years later its DC-3 transformed commercial aviation with its aerodynamic efficiency. In the late 1930s, Boeing launched the 307 Stratoliner, the first pressurized airliner, and Douglas was developing the DC-4, a larger, pressurized version of the DC-3.

The Lockheed Aircraft Company of Burbank, California, produced the very successful, and fast, all-metal Model 10 Electra, which was first flown in 1934. Howard Hughes—Hollywood mogul, financial tycoon, and visionary aviator—set a round-the-world speed record in 1937 flying a larger variant, the  Model 14 Super Electra. In 1939, he acquired a majority share of TWA (Transcontinental & Western Air) at the urging of the airline’s president, Jack Frye. Lockheed was developing a large capacity, high-speed, pressurized airliner designated the L-44 Excalibur when Hughes approached the company to have the Excalibur developed to TWA’s specifications. Designed in complete secrecy under the leadership of Lockheed’s chief research engineer Clarence "Kelly" Johnson, with ample direction from Hughes, the renamed 049 Constellation evolved into an extremely fast, highly advanced, and revolutionary large-capacity airliner with a unique dolphin-shaped fuselage and distinctive tripletail.

The first production aircraft were requisitioned for the war effort as C-69 military transports. After the war, Constellations were converted to civilian passenger configurations. Amid the realization that the new Constellations were the fastest and most economical airliners to operate on transatlantic flights, new orders came streaming into Lockheed from TWA’s rivals. With the renamed Trans World Airlines as their main customer, Lockheed continued to improve the airliner throughout the postwar era. During the 1950s, commercial aviation expanded rapidly, and airlines persistently demanded improved aircraft to lower costs, attract new customers, and gain advantages over their competitors. All the while, the highly popular Lockheed Constellation retained its status as the premier “propliner” of the era. Queen of the Skies presents the legacy of this magnificent airplane through a selection of airline uniforms, models, promotional objects, inflight equipment, and passenger service items.

Learn more! Download the Queen of the Skies: The Legacy of the Lockheed Constellation education program here. 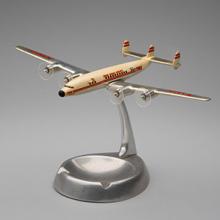 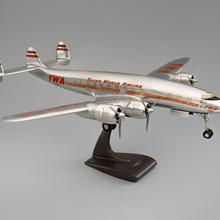 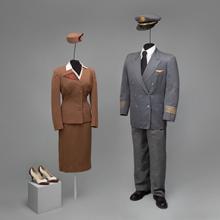 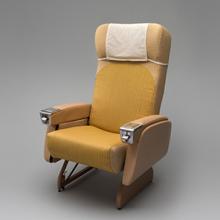 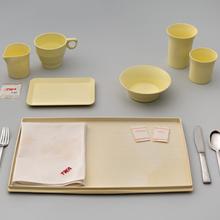 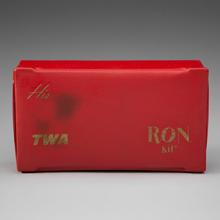 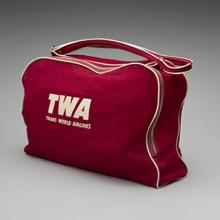 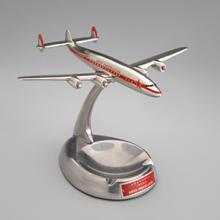 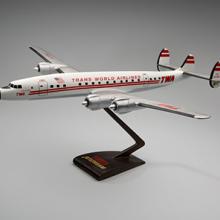 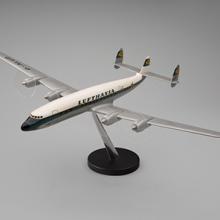 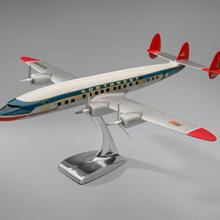 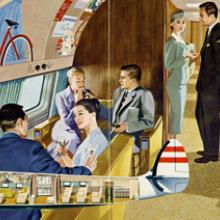