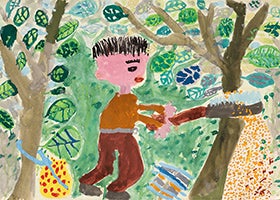 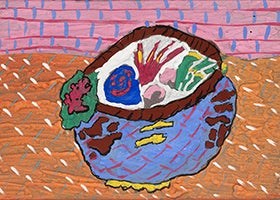 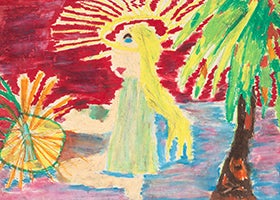 The Golden Gate Kindergarten Association is a non-profit organization in San Francisco with a dual mission: it operates a preschool for children ages two through five, known as the Phoebe A. Hearst Preschool, and it also holds the Rhoda Kellogg collection of children’s art.

Since its founding in 1879 by Phoebe A. Hearst, Jane Lathrop Stanford, and Miranda Lux, the Golden Gate Kindergarten Association has served as a progressive force in the education and well-being of young children in San Francisco. By 1896, the Association had expanded to forty kindergartens serving more than 3,500 children. The Association began a period of consolidation following the institution of state-mandated public kindergartens in 1913. By 1965, the Association’s two remaining schools were merged to form the Phoebe A. Hearst Preschool at its current location at 1315 Ellis Street. It is proudly the oldest preschool program in San Francisco.

Rhoda Kellogg was an early childhood scholar and collector of children’s artwork who served for years as the preschool’s director. She came to the Golden Gate Kindergarten Association in 1945. Ms. Kellogg’s legacy and her belief that children excel when given the opportunity to create and explore continues to inform the preschool program. The school’s curriculum is creative and innovative, drawing from proven educational models and having art as the core component.

Ms. Kellogg amassed an extensive and wide-ranging collection of children’s art—numbering over half a million pieces—through travels in thirty countries around the world and through her work with children at the Phoebe A. Hearst Preschool. Many of the pieces are on exhibit at the Phoebe Hearst Preschool and others are presented in a travelling exhibition with venues both in the United States and abroad—most recently at Gavin Brown’s Enterprise in New York. Portions of the collection are also available through microfiche at university libraries across the country. The pieces on view in this exhibition represent the breadth and diversity of children’s art held in the Rhoda Kellogg Art Collection.

©2018 by the San Francisco Airport Commission.