In his project, Sidereal Rift, artist Michael Light draws focus on the seemingly endless grid of Los Angeles at night. Made over the course of a single evening from a helicopter, Light photographed the glowing arteries of Southern California as they emerged from the darkened landscape below. While aerial photographers of the past were often dependent on bright daylight conditions to avoid motion-blur in their images, recent developments in the sensitivity of digital camera sensors have made this type of photography achievable in low-light situations. Michael Light embraces these advancements to produce images that reveal the web-like structure of the city, defined by the light it generates. Visually referencing the way molten lava flows through cracks in the earth’s surface to reveal glowing rifts of energy and heat, Light’s images of Los Angeles evoke a sense of awe and offer a place to ponder the rapid development and sheer scale of cities worldwide.

Michael Light is a San Francisco-based artist and bookmaker. His work has been exhibited globally at venues including the San Jose Museum of Art; the Museum of Modern Art in New York; the San Francisco Museum of Modern Art; Wallraf-Richartz Museum in Cologne, Germany; and the Victoria & Albert Museum in London. Light’s work is held in numerous public and private collections including the San Francisco Museum of Modern Art, the Getty Research Institute in Los Angeles, the New York Public Library, and the Musée de l'Elysée in Switzerland. Among many other awards and honors, Light was the recipient of the John Simon Guggenheim Memorial Foundation Fellowship in 2007. In 2009, Radius Books published Bingham Mine/Garfield Stack, the first monograph in a multivolume series chronicling the artist’s last fifteen years spent photographing the American West from above. The second, LA Day/LA Night, in which the works featured in this exhibition appear, was published in 2011. The third, Lake Las Vegas/Black Mountain, was published in 2015. 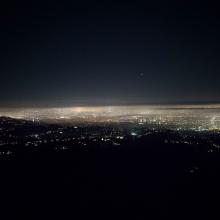 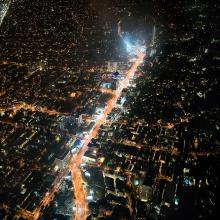 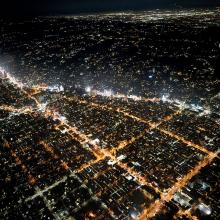 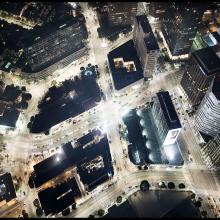 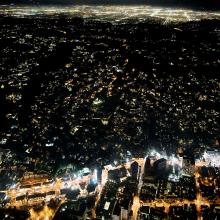 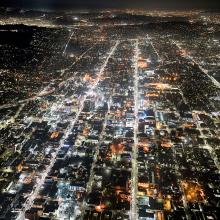 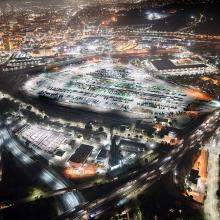 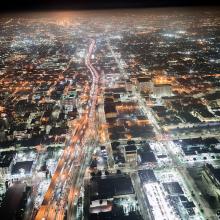 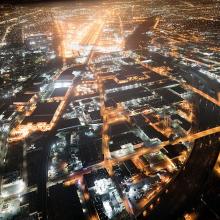 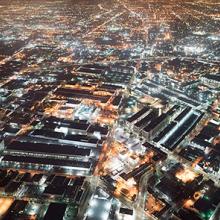 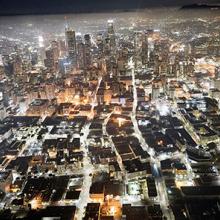 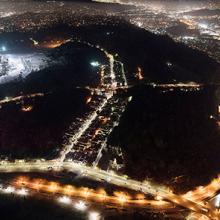