Life and Style in the Age of Art Deco

Life and Style in the Age of Art Deco

Art Deco defines a design style that enjoyed international prominence in the 1920s and ’30s. Dynamic and modern, Art Deco exuded glamour, pleasure, and escape. It took inspiration from the current, mechanized world, while at the same time drawing upon historic European styles, ancient and distant cultures, as well as contemporary avant-garde art. From the age of the flapper in the Roaring ’20s, through the Great Depression in the ’30s, Art Deco permeated all mediums. Fine art, sculpture, architecture, interior design, furnishings, fashion, graphic design, and mass-produced goods were all affected by the style.

The interwar years (1918–39) witnessed radical change. Mass communication in the form of magazines and newspapers allowed information to reach worldwide audiences. People owned automobiles and traveled in style on luxury trains and ocean liners, while the aircraft industry burgeoned. Architects in Manhattan raced to create the world’s tallest buildings. Manufacturers introduced synthetic plastics. Electrical appliances and radios appeared in households across the nation. Jazz music played in dancehalls and on phonographs. Millions of moviegoers flocked weekly to theaters to see the latest Hollywood films. Women cut their hair short and hemlines rose dramatically. All of these novelties influenced Art Deco design.

The Paris International Exposition (Exposition Internationale des Arts Décoratifs et Industriels Modernes) of 1925 first promoted Art Deco to a worldwide audience. The exposition, which largely showcased European designers, was dedicated to the display of modern decorative arts. France took center stage at the exhibition and established Art Deco as the most fashionable of modern styles. From the start, geometric stylization, such as the use of zigzag lines, was a technique applied to all forms of Art Deco. In contrast, the female form, another popular Art Deco subject matter, was portrayed in a sleek silhouette, with designers taking inspiration from entertainment sources such as the Ballets Russes and the Folies Bergère.

While France dominated the luxury Art Deco market, the United States offered affordable mass-produced items using new, low-cost materials including Bakelite and chrome. As the nation became captivated by speed, streamlined designs emphasized clean lines and strong curves, suggesting movement in even the most inert, everyday items. America’s contribution to Art Deco culminated at the 1939 New York World’s Fair. By this time, skyscrapers such as the Chrysler and Empire State Buildings towered over Manhattan.

This exhibition was made possible by ArtDecoCollection.com. Special thanks to Rick Fishman and Laurie Gordon for all of their assistance. 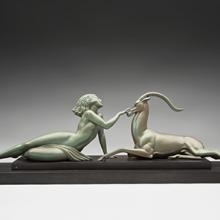 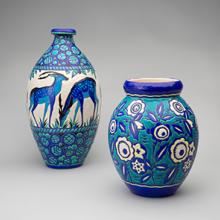 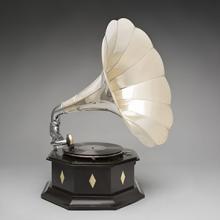 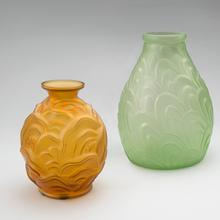 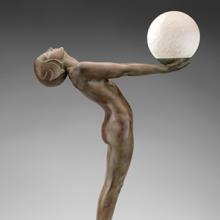 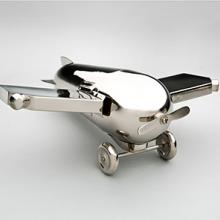 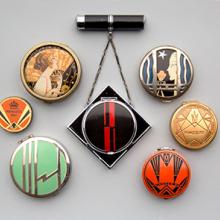 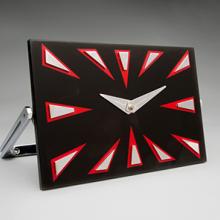 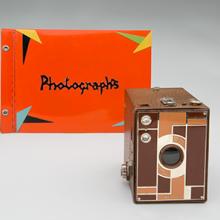 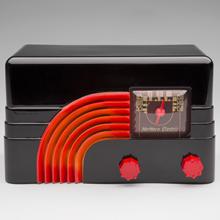 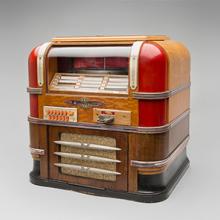 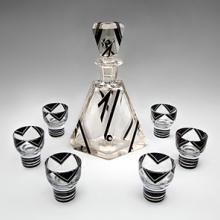