Lace, a decorative openwork web, was first developed in Europe during the sixteenth century. Two distinct types of lace making—needle lace and bobbin lace—began simultaneously. Needle lace is made with a single needle and thread, while bobbin lace entails the plaiting of many threads. Lace thread was typically made from linen, and later silk or metallic gold threads, followed by cotton in the nineteenth century. Needle and bobbin laces were often named after the region or town where they were made. Preeminent lace making centers were established in Italy, Flanders, and France. The finest lace involved the talents and skills of three distinct specialists: the artist who created the designs on paper, the pattern maker who translated the designs onto parchment, and the lace maker who worked directly on the patterns to make the lace. 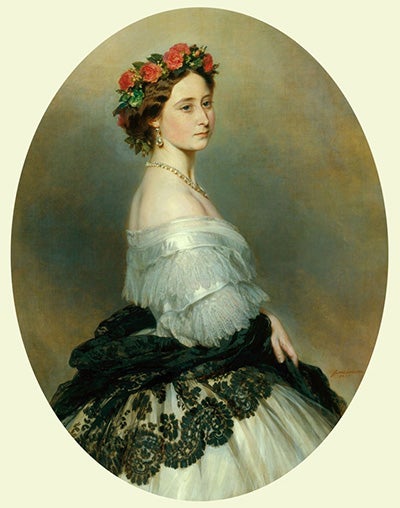 Lace was always an expensive luxury item because of its painstaking, time-consuming production. Lace styles evolved throughout the centuries in response to changes in fashion. Both men and women wore lace from its inception to the eighteenth centuries. It was often the most costly part of dress and reflected the sophisticated tastes of the aristocracy. Lace adorned women’s and men’s collars and cuffs, draped women’s shoulders, hands, heads, covered entire gowns, and decorated furnishings. The excessive sums of money spent on extravagant laces prompted many rulers to place restrictions on the wearing and importing of lace from other countries. Sumptuary laws, however, proved futile and the smuggling of foreign lace was widespread.

Europe’s desire for handmade lace continued unabated until the end of the eighteenth century. The French Revolution, which led to the destruction of the French court and its luxury industries, aided its demise. Further, the Industrial Revolution supported the development of new laces in the nineteenth century. In 1809, Englishman John Heathcoat invented a machine that could make the most tedious element of lace, the mesh ground. By the mid-1800s, machine and handmade laces were often combined into such forms as bobbin appliqué on machine-made net, and a variety of patterned machine laces became available. Even so, a demand for handmade lace remained. In response, novel laces were developed, including a simplified needle lace, Belgian Point de Gaze, as well as delicate French Chantilly bobbin lace. In addition to these laces, domestic techniques such as tatting and crochet were encouraged by women’s periodicals and printed patterns. Many of these laces aided in relief efforts, most notably, the Irish crochet lace cottage industry following the potato famine in Ireland.

From homemade tatting and crochet lace to impeccable Brussels à Vrai Réseau bobbin lace and French Point d’ Alençon, Lace: A Sumptuous History explores the wide range of laces made over the centuries. Edgings, lappets, parasols, gloves, collars, and dresses are some of the delightful forms in which these laces appear.

This exhibition was made possible through a generous loan from Lacis Museum of Lace and Textiles, Berkeley, CA, and The Lace Museum, Sunnyvale, CA. Special thanks to Jules Kliot, Erin Algeo, and Donna LaVallee for all of their assistance. 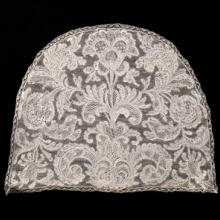 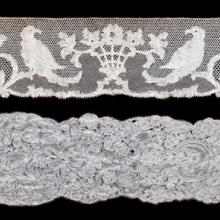 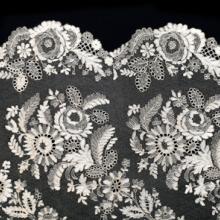 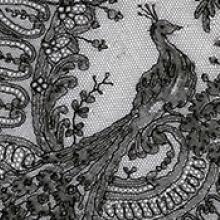 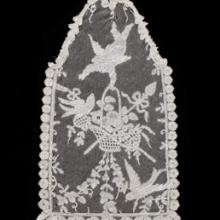 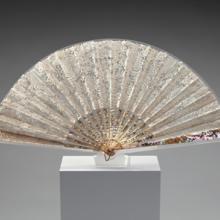 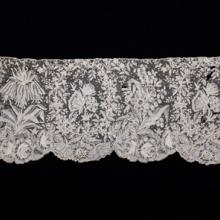 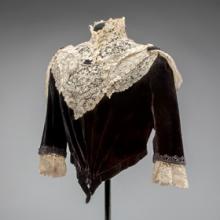 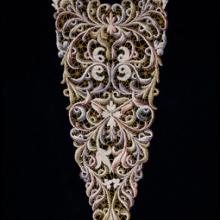 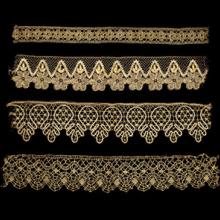 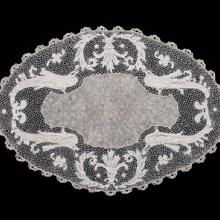 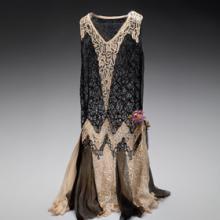