I surfed first and then shot photos. As things got more serious, I shot first and surfed later. Getting the shot became almost as fulfilling as getting the wave.

In an era before surfboards had leashes and prior to corporate sponsorship, Jeff Divine captured the burgeoning sport on 35mm film. Icon Gerry Lopez rode the surf spot Pipeline on the North Shore of Oahu, Hawaii, on his revolutionary, red Lightning Bolt short board. By winning the Pipeline Masters contest in 1972 and ’73 during the first decade of the world-famous contest, he set a new standard for performance surfing in critical conditions. Rory Russell followed in the footsteps of Lopez, winning consecutive Pipeline Masters in 1976 and ’77. Divine nabbed Owl Chapman too, famous for his theatrical “hood ornament” stance while riding the tube at Pipeline.

Divine not only documented a host of legendary surfers in the water, but also the colorful surf culture of the time. In one photograph, Hawaiian surfer David Nuuhiwa sits among a sea of airbrushed boards in Laguna Beach, California. Another image shows a lone corduroy-clad surfer walking down a path toward the beach. An old sign lies in front of him painted over with the mantra of Point Loma surfers: “If you don’t live here, don’t surf here! NO UNLOCALS.”

Jeff Divine grew up in La Jolla, California, where he first began taking pictures of his fellow surfers in the 1960s. In 1971, he took a staff position at Surfer Magazine. He later became the photography editor at Surfer. For nearly two decades, he has worked as the photography editor at The Surfer’s Journal in San Clemente, California. Divine’s work has taken him to Oahu thirty-five times and to numerous other premier surf destinations around the world. His published books include: Masters of Surf Photography: Jeff Divine, Surfing Photographs from the Seventies Taken by Jeff Divine, and Surfing Photographs from the Eighties Taken by Jeff Divine. A number of museums and galleries have exhibited his work, including the Oceanside Museum of Art in San Diego. 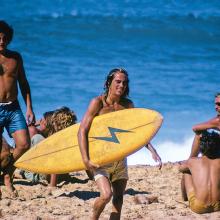 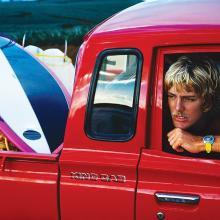 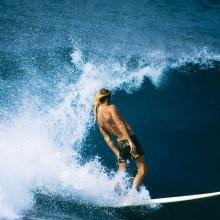 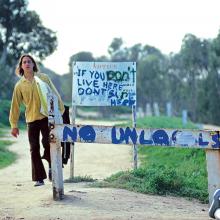 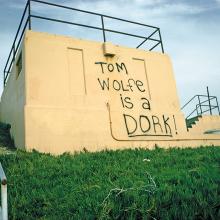 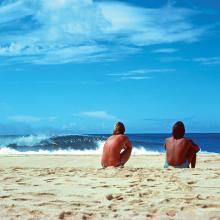 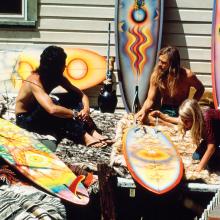 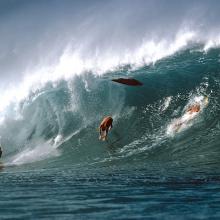 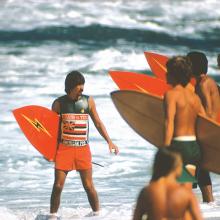 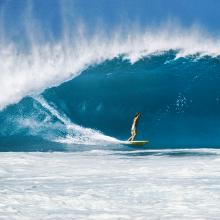 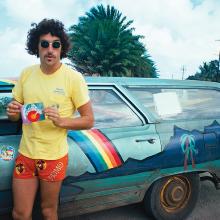 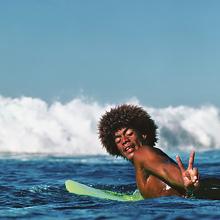