The Intriguing World of Insects

The Intriguing World of Insects

Insects, spiders, lobsters, and their cousins are arthropods, meaning they have jointed legs and an external skeleton. In order to grow, arthropods must molt or shed their old exoskeleton to allow their new exoskeleton to expand. This is often accompanied by metamorphosis—a change in appearance from one life stage to another. For example, a caterpillar molts into a pupa, which molts into a butterfly. Bees, wasps, flies, and beetles also go through a pupal stage. Other insects, such as cicadas and stink bugs look very similar as nymphs and adults, having no pupal stage.

The first insects appeared around 400 million years ago and evolved wings over 300 million years ago. Fossils of dragonfly ancestors, called griffinflies, had wingspans of over sixty centimeters. In contrast, the tiniest insects today have wingspans of less than one millimeter. But not all insects have wings. Some species, like silverfish, never evolved wings, while others, like camel crickets, lost them millions of years ago. Insects have three body regions: a head, thorax, and abdomen—with antennae on their heads and three pairs of legs attached to their thoraxes. Insects display varying mouth parts that allow them to chew, pierce and siphon, or lap up their food.

Insects play integral roles in ecosystems. They are important food sources for other species, and they keep plant and insect pests at bay. Insects such as termites recycle nutrients by decomposing organic wood debris on forest floors. Insects also produce wax and honey and pollinate the flowers of countless fruits and vegetables. For instance, honey bees may travel up to sixty miles in a single day, passively pollinating billions of dollars’ worth of agricultural crops in the United States each year. Due to their small size, ability to fly and adapt to various habitats, and prolific reproductive abilities, insects permeate the Earth’s surface. This exhibition illuminates the extraordinary world of insects through the collection of the Essig Museum of Entomology at the University of California, Berkeley.

Thank you also to photographer David Garnick for providing us with images for this exhibition from his Insecta series, which feature insect specimens from the collection of the Essig Museum of Entomology at UC Berkeley. 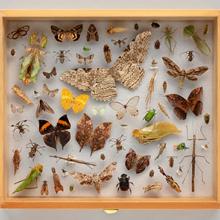 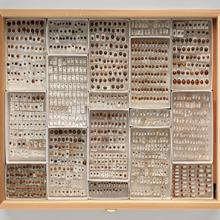 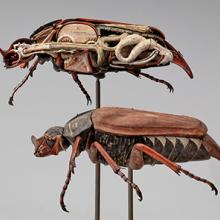 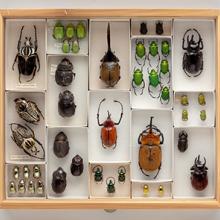 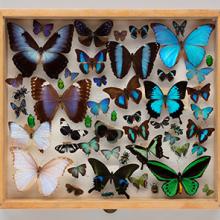 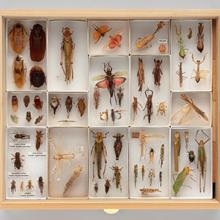 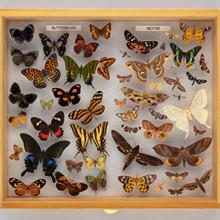 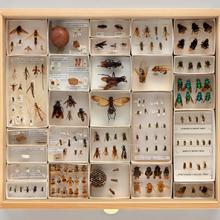 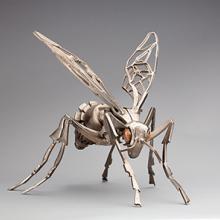 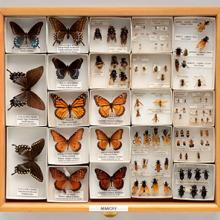 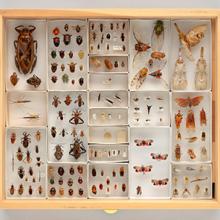 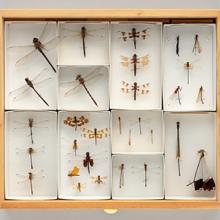