The sport of skateboarding experienced a renaissance in California during the 1970s. Set in motion by the advent of polyurethane wheels in 1972—a drastic improvement over the clay composite wheels used in the 1960s—a skateboard frenzy swept across the state, leaving a mark on the nation’s cultural identity and helping to popularize the sport worldwide. Unexpectedly, the drought that spread across southern California in 1976 also contributed to the rapid embrace of skateboarding. Residential pools were drained and many of the area’s reservoirs dried up, revealing concrete arenas that would influence a generation of skaters to pioneer pool and “vert” skating. This style was favored by early pros like Stacey Peralta and Jay Adams, and progressed to include the halfpipe and park skating later popularized by household names such as Tony Hawk and Bob Burnquist.

During the mid-1970s, Hugh Holland spent three years photographing the early days of the sport. Shooting with repackaged color negative movie film, he documented the scene in a warm palette and with a unique approach. Unlike the work of many skate photographers at that time, Holland’s photographs often depart from the common wide-angle action shot—he was interested in capturing the atmosphere and idiosyncrasies of what was fast becoming a cultural phenomenon. While many of his images feature skaters airborne or mid-carve, he gave equal attention to the subtleties of the culture—the daily lives, fashion, and comradery of the skaters. Over forty years later, his images continue to evoke the energy and excitement of the golden age of skateboarding.

Hugh Holland is a Los Angeles-based artist and photographer, originally from Oklahoma. Largely self-taught, he began photographing seriously after moving to Hollywood in the early 1970s. Holland’s photographs were first exhibited at M+B Gallery in 2006, and have since been shown at numerous venues including the Museum of Contemporary Art in Los Angeles. His work has appeared in publications including The Wall Street Journal, The New Yorker, Vogue Paris, Photo District News, L’Oeil De La Photography, and Le Monde. Holland’s first monograph, Locals Only, was published by Ammo Books in 2010. 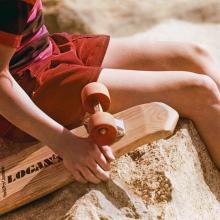 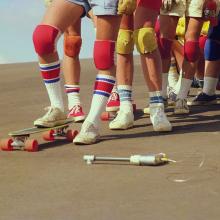 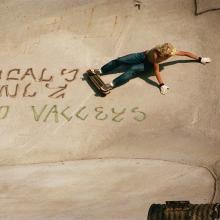 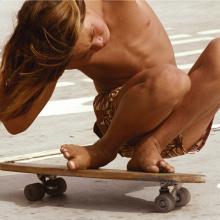 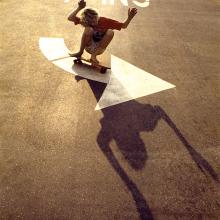 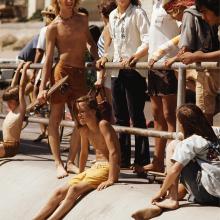 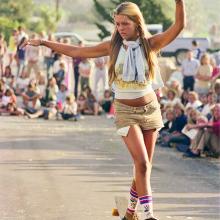 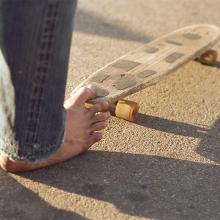 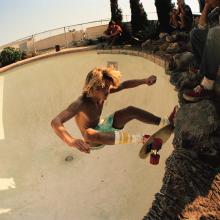 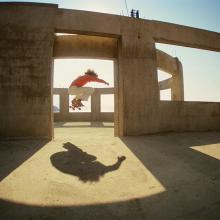 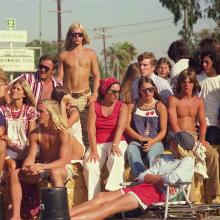 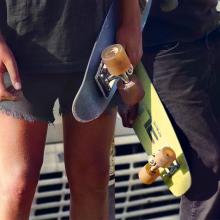