Flying on Display: Aviation at the Panama-Pacific International Exposition

Flying on Display: Aviation at the Panama-Pacific International Exposition

In 1915, San Francisco presented a world’s fair of unprecedented grandeur—the Panama-Pacific International Exposition. Organized to commemorate the opening of the Panama Canal, the exposition also celebrated the reconstruction of San Francisco after the devastating earthquake and fire of 1906. A maze of eighty thousand exhibits that explored human ingenuity, technological progress, and world cultures occupied 635 acres along the city’s northern shore in the Presidio, Fort Mason, and Harbor View—a wetland area now known as the Marina District that was filled specifically for the exposition. Nicknamed “Jewel City,” the fair’s lavish gardens and ornate architecture included eleven grand palaces accentuated by thousands of sculptures, extensive theatrical lighting, and a 435-foot-tall “Tower of Jewels” decorated with 102,000 cut-glass “Novagem” crystals that shimmered in the daylight and reflected multicolored searchlights at night. Technology was a centerpiece of the Panama-Pacific International Exposition, and from February through December, close to nineteen million visitors delighted at displays of manufacturing, telecommunications, color photography, electric appliances, and a fully functional, five-acre scaled model of the Panama Canal.

One of the most exciting new technologies at the fair was the airplane, and daily flying demonstrations thrilled countless spectators. San Franciscan Lincoln J. Beachey (1887–1915), the first flyer to loop-the-loop in the United States, assembled a repertoire of stunning aerobatic maneuvers for the fair. Arthur Roy “Art” Smith (1890–1926) of Fort Wayne, Indiana, performed daytime aerobatic routines and illuminated nighttime flights using incendiary devices attached to his biplane. Other aviators at the fair included Silvio Pettirossi (1887–1916) of Paraguay and Charles F. Niles (1888–1916) of New York. The exposition also offered passenger-carrying tours by air, giving many their first taste of flight. San Franciscans Malcolm (1887–1958) and Allan (1889–1969) Loughead conducted ten-minute excursions over San Francisco Bay in a floatplane of their own design and construction, the Alco Hydro-Aeroplane Model G. With profits made from the fair, the Loughead brothers relocated to Santa Barbara and then to Burbank in Southern California, where Allan founded Lockheed Aircraft using a phonetic variation of their last name. On view in this exhibition are images that capture early aviation at the fair, reproduced from prints of the original glass slides made in 1915 by the Cardinell-Vincent Company, official photographer of the Panama-Pacific International Exposition. 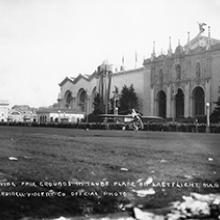 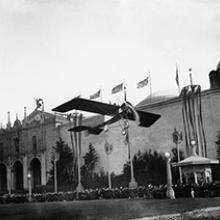 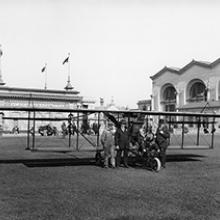 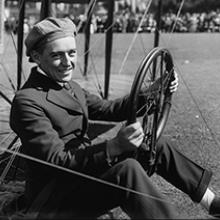 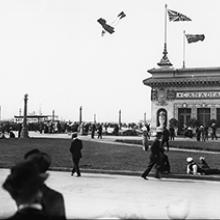 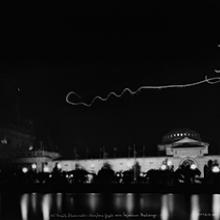 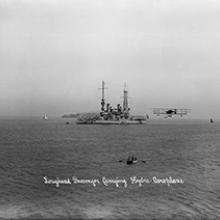 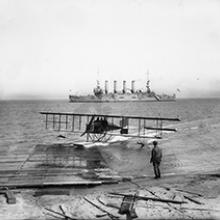 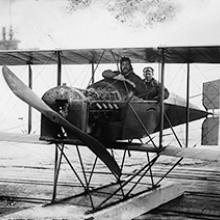 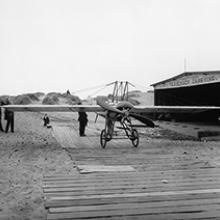 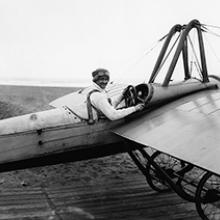 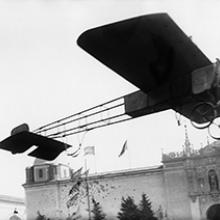