Fashion In Flight: A History of Airline Uniform Design

Fashion In Flight: A History of Airline Uniform Design

The airline uniform occupies a unique place in the history of women’s wear. For more than eighty-five years, the airlines’ passenger-service and safety professionals—variably called stewardess, hostess, and flight attendant—have been dressed in outfits designed to signify a distinct role in the workplace, project the identity of their employer, and reflect prevailing fashions of the times. These often conflicting demands of singularity, diversity, and conformity have created a distinct garment type, one that has penetrated deeply into the social conscience of popular culture while providing fashion designers with remarkable challenges and creative opportunities.

Fashion In Flight: A History of Airline Uniform Design presents seventy female airline uniform ensembles and additional accessories that date from 1930 to the present. It traces the development of uniform design from the anonymous, in-house origins of the pre-war and Utility era, through the period of engagement with renowned couturiers and fashion houses that produced extraordinary collections for airline clientele during the 1950s, ‘60s, and ‘70s, to today’s select designers who are keeping airlines at fashion’s forefront. The styles and trends include nurse-inspired attire, periods of military influence and austerity, the influences of Paris, New York, and Hollywood in the era of cosmopolitan glamour and the jet-set chic of the space age. The later pluralism of casual elegance with the self-expression of mix-and-match, power-dressing, and retro looks of traditionalism during the nostalgia movement are also explored. The exhibition concludes with contemporary styles of today. 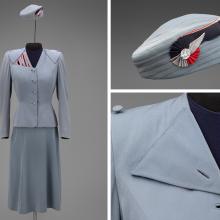 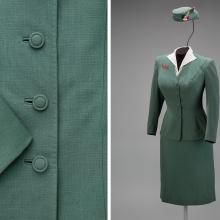 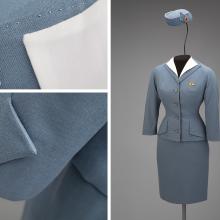 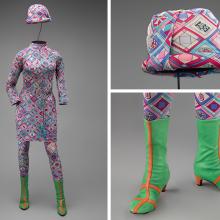 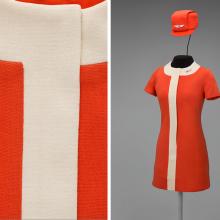 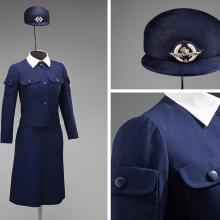 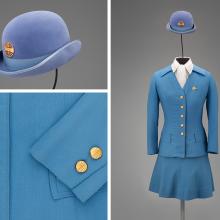 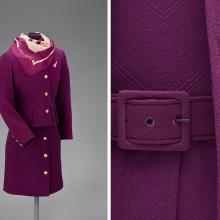 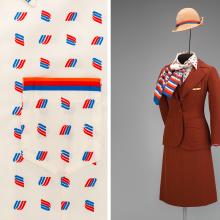 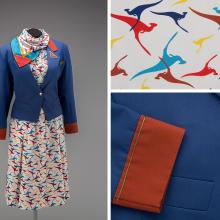 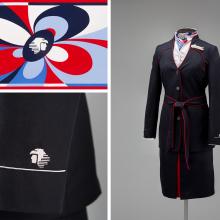 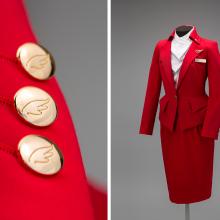