Purses have a rich and varied history dating to the medieval period. For centuries, bags used to carry personal items served as an essential part of daily life. Rather than remaining utilitarian, purses evolved into a sophisticated decorative art and fashion accessory. Early bags demonstrate the creativity and skills of their makers—from metal and leatherwork to weaving, embroidery, and knitting.

Historically, both men and women wore purses attached to their belts or fabric bands that hung from the waist. After inside pockets were introduced to male clothing at the end of the sixteenth century, men's use of bags gradually declined. Purse styles became increasingly sophisticated during the seventeenth century, showcasing more complex shapes, embroideries, and trims. The aristocracy often presented small gifts in elaborately decorated purses. Other purses served as “sweet bags” that held perfumed powder or dried flowers and herbs. Some purses functioned as sewing kits, while others were used as gaming bags to carry coins and counters.

Common forms in the eighteenth century included the drawstring and pocketbook. Some purses had pinchbeck frames made from a new metal alloy that mimicked gold. Such bags were embroidered with costly silk and metal threads using complex stitches. A number of workshops in France produced exquisite beaded purses employing up to one thousand miniscule beads per square inch.

During the nineteenth century, beaded bags prevailed. Extravagant materials, including tortoise shell and ivory, were also used to fabricate purses. Ladies continued to carry drawstring and frame handbags as well as miser’s purses, which held coins. To showcase their needlework skills, women often crafted their own beaded and embroidered bags, which commonly featured sentimental Victorian themes, such as pastoral scenes and floral patterns.

By the early twentieth century, the purse was an integral item that no woman left home without. Manufacturers offered handbags to suit all occasions in an endless variety of imaginative designs. During the 1920s and ‘30s, tiny dance purses that dangled from the wrist contained a powder puff and mirror, allowing fashionable, modern women to carry the bare necessities for an evening out. Many purses were fabricated from new plastics, such as celluloid and Bakelite. A variety of novelty purses took the shape of dogs, cars, dolls, rocket ships, and even military caps.

Special thanks to members of the Antique Purse Collectors Society for making this exhibition possible. 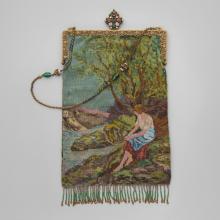 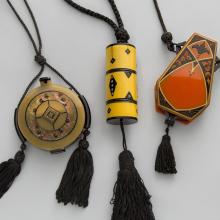 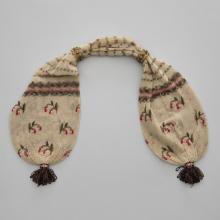 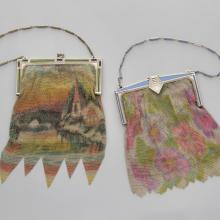 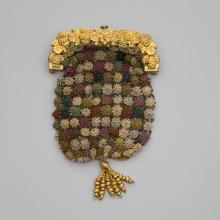 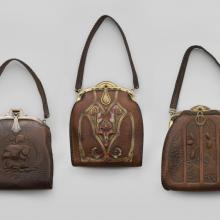 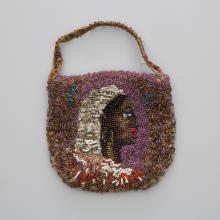 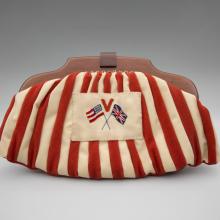 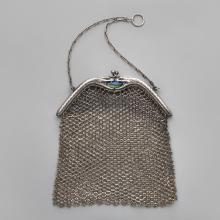 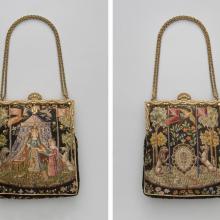 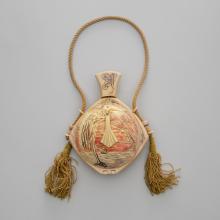 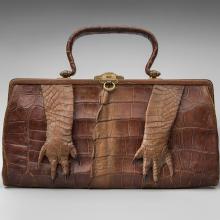