A decade before the Wright brothers’ first flight in an airplane, a group engaged in deciphering the mystery of flight assembled at the 1893 World’s Columbian Exposition in Chicago for an International Conference on Aerial Navigation. To open the event Chairman Octave Chanute, declared that aeronautics should no longer be considered the domain of “cranks,” but worthy of serious study as a collaborative scientific endeavor. Believing that aviation knowledge should be openly accessible, he had the 1893 conference proceedings published, and from 1891 to 1893, wrote a series of aviation articles that were republished in 1894 as Progress in Flying Machines. Other influential works on flight followed, including Secretary of the Smithsonian Samuel Pierpont Langley’s Memoir on Mechanical Flight and the Prussian-German birdman Otto Lilienthal’s Birdflight as the Basis of Aviation. Lilienthal’s work was the inspiration that ultimately led the Wright brothers to pursue the challenge of flight.

When Glenn Curtiss won of the Scientific American Trophy for flight distance in 1908, Wilbur and Orville Wright responded with an article in The Century Magazine. The normally secretive brothers’ accounts had previously been “brief statements of bare accomplishments, without explanation of the manner in which results were attained.” In the article they revealed in full detail the experiments that ultimately led to their first flight of an airplane at Kitty Hawk, North Carolina, in 1903. The Wrights, along with other early aviators and aeronauts, including Claude Grahame-White, Augustus Post, and Gertrude Bacon, became accomplished authors of popular aviation books and articles by offering first-hand descriptions and practical knowledge of flying to a readership hungry for compelling and believable narratives.

As the reading public became mesmerized by the new science and sport of aviation, publishers responded to the demand with detailed descriptions of flights, air meets, and the newest machines. Many were written by authors with science or aviation writing backgrounds. Other authors sought to produce works of greater technical detail that added to the canon of scientific knowledge and the advancement of aeronautics.

The Tony Bill Aviation Library Collection
A unique group of literary properties, The Tony Bill Aviation Library Collection includes over fourteen hundred publications from the late nineteenth century through the early twentieth century, with numerous first editions and association copies on aeronautical theory, early human flight, and the development of aviation technology. Tony Bill, actor, director, and Academy Award-winning producer, who has pursued a lifelong interest in aviation as a pilot and historian, carefully assembled the library over many years. In the late 1990s, the collection was acquired by SFO Museum and made available to the public at the San Francisco Airport Commission Aviation Library.

Jim Lund 1:72 scale models
The early flight models in this exhibition were constructed and detailed by Jim Lund, an aviation enthusiast and avid model builder since the time of his childhood. Some examples were constructed from model kits. When a kit was not available, Lund researched plans and crafted the model’s parts from scratch, using the “vacuform” process. All the models are in 1:72 scale. 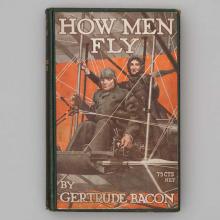 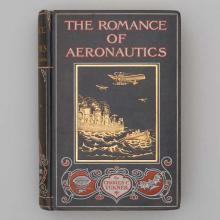 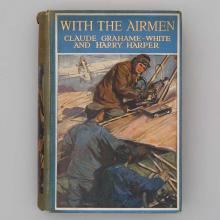 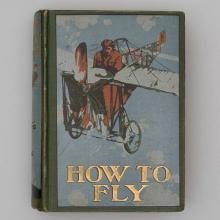 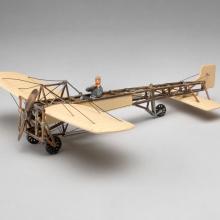 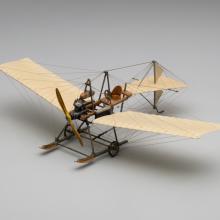