Early American motorcycles reflect a bygone era of mechanical innovation and bold industrial design. Along with the automobile, the motorcycle was one of the earliest and most exciting applications of another new invention, the gasoline-powered internal combustion engine. Motorcycle technology progressed rapidly during the early 1900s, and as motorcycling gained traction, riding evolved from a novelty to a hobby, sport, and reliable source of transportation. By the 1910s, there were approximately 100 motorcycle manufacturers in the United States, all vying for consumer attention with distinctive attributes and designs.

Motorcycles have a direct lineage to bicycles and the bicycling craze of the late 1800s. The earliest production motorcycles were made by bicycle makers who adapted small gasoline-powered engines to bicycle-like frames. Known as “motor-bicycles,” these early machines were temperamental and often broke drive belts and ruptured tires. Early engines used a total-loss oiling system and seized if the rider neglected to replenish the oil tank. Drive, ignition, and fuel delivery systems were all experimental, and without brakes on the front wheel, bicycle-style coaster brakes on the rear made stopping an interesting prospect. 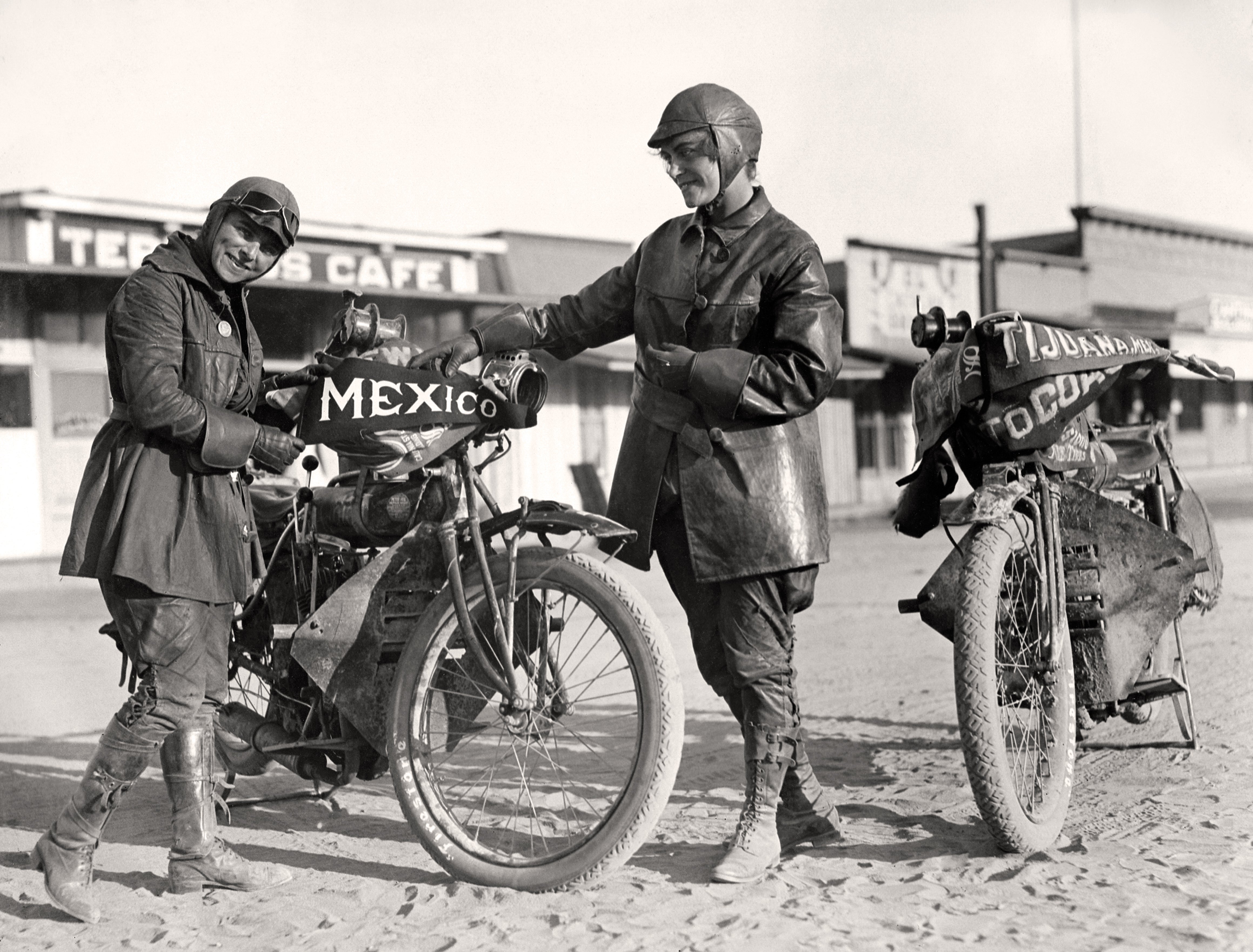 By 1910, motorcycles featured sturdier frames and more powerful single- and twin-cylinder engines. Power was transferred to the rear wheel by a direct-drive belt or chain with single-speed gearing. While the elasticity of belt drives dampened engine vibration, they were prone to wear and breakage, and roller chains proved far more durable. In the 1910s, transmissions increased the speed, hill-climbing capability, and overall utility of motorcycles. Self-generating magnetos replaced battery-powered ignitions and required less maintenance. Engines became more refined with pressure oiling systems and pushrod-operated, dual-overhead valves. Even complex, four-cylinder inline engines were offered for the more discerning rider.

Motorcycling in the early twentieth century was always an adventure. Road conditions were generally poor and hitting a pothole or other hazard on a motorcycle supported by a primitive, stiffly sprung suspension could easily throw a rider off the bike. Early motorcycles demanded special characteristics of their owners. Athletic ability was required to start and ride these machines, and motorcyclists had to be mechanically minded to manually adjust ignition timing, maintain oil levels, and repair minor issues. Today, early American motorcycles are prized by collectors around the world who showcase their bikes on vintage rides, endurance runs, and at special events. This exhibition presents fourteen exceptional examples made prior to 1916 along with a collection of rare engines and photographs from the pioneering era of motorcycling. 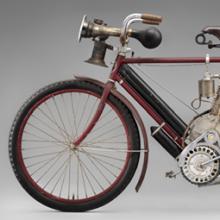 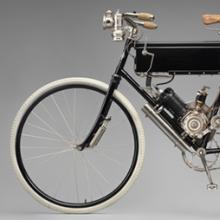 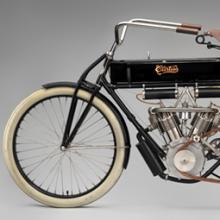 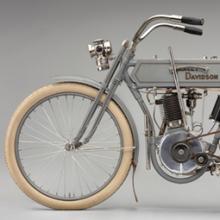 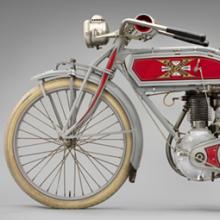 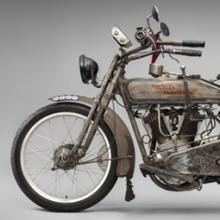 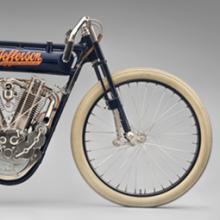 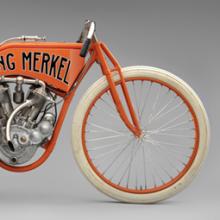 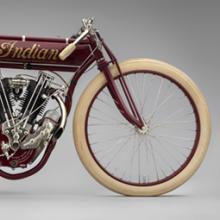 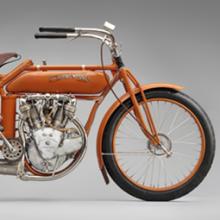 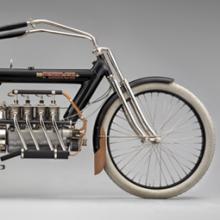 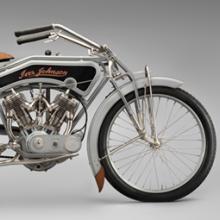