Diwali, the festival of lights, is an annual Hindu festival celebrated during the autumn season. The festival signifies the spiritual triumph of light over darkness, good over evil, knowledge over ignorance, and hope over despair. In East India, it coincides with the Kali Puja, a festival dedicated to the Hindu goddess Kali. In his series Rail Diwali, Arko Datto explores how this festival is celebrated in some of the most underprivileged and heavily populated areas of Kolkata.

Constructed in British India during the mid-nineteenth century, the Kolkata Suburban Railway is the largest of its kind in India by track length and number of stations. Rapid expansion of the railway in the 19th century spurred significant migration from rural areas and was pivotal in the area’s urbanization. In Kolkata today, nearly a third of the population lives in areas of informal housing, many of which are located on the borders of the suburban railway tracks.

Long interested in these semi-permanent dwellings and their complicated relationship to the railways, Datto makes images that approach histories of colonialism, migration, and poverty through a filter of colorful lights and the celebratory atmosphere of Diwali. Drenched in the saturated colors of the festival, the artist draws focus on a distinct sense of community, belonging, and strength despite the adversities facing many of the celebrants.

Arko Datto (b. 1986, India) is a Kolkata-based artist, curator, and educator. He holds an MS in theoretical physics from École Polytechnique in Paris and was working towards a doctorate in the field before moving into photography. His work has been exhibited globally at venues including the Museum für Angewandte Kunst in Frankfurt, Galleri Image, Unseen Amsterdam, and Photo London, among others. His photographs have been featured by publications including Foam Magazine, American SuburbX, National Geographic, WIRED, and Financial Times. Datto has been an artist in residence at programs including Light Work in Syracuse; the Camargo Foundation in Cassis, France; Docking Station in Amsterdam; and Rimbun Dahan in Penang, Malaysia. He is represented by East Wing, Doha. 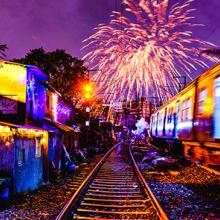 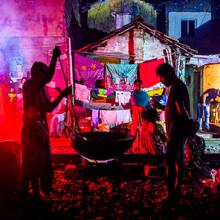 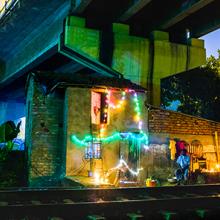 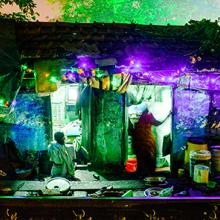 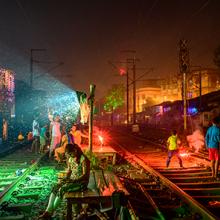 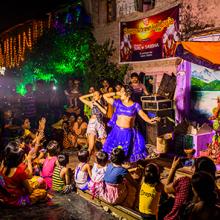 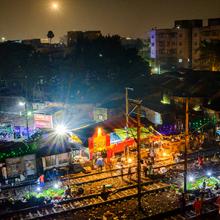 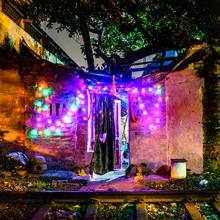 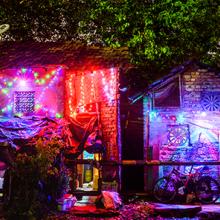 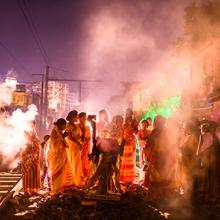 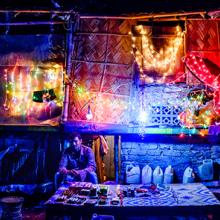 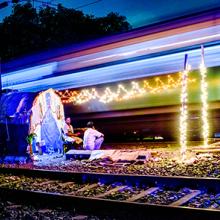