Aluminum: The Miracle Metal of Aviation

Aluminum: The Miracle Metal of Aviation

Without aluminum, the rapid advancement of aviation in the twentieth century would have been impossible. The 1903 Wright Flyer would not have flown without an aluminum engine, rigid airships would not have ascended, and without extensive use of the metal in constructing airframes the airplane would not have been the world-changing wonder it became. Aluminum’s lightness, strength, malleability, and durability was unmatched by any other material at the time. Easily formed into a wide range of shapes, and combined with other metallic elements to form alloys, aluminum continues to have desirable qualities for many aeronautical applications.

After oxygen and silicon, aluminum is the third most abundant element in the Earth’s crust. It is the most abundant metal and almost twice as common as iron. Yet until the late-nineteenth century, aluminum was considered more rare and valuable than gold as the difficulty of separating it from ore deposits made it harder to obtain. It was identified in deposits of alum in 1807 by British chemist Humphry Davy (1778–1829), who named it aluminium. Tiny amounts were first isolated in pure form nearly twenty years later by Danish chemist Hans Christian Oersted (1777–1851). Not until 1850 was enough of the metal produced to form a single ingot by French chemist Henri Sainte-Claire Deville (1818–1881). His source was a rich clay ore deposit discovered by French geologist Pierre Berthier (1782–1861) near the village of Les Baux in southern France. The ore was named bauxite, and by the 1860s, Deville was producing about two tons of aluminum per year. The metal became popular with wealthy and aristocratic Europeans and was crafted into fine dinner wares and jewelry.

In 1886, processes using electrolysis for converting alumina (aluminum oxide extracted from bauxite) to aluminum were developed independently by the engineers Paul Héroult (1863–1914) of France and an American, Charles Martin Hall (1863–1914). Austrian chemist Carl Josef Bayer (1847–1904) invented an industrial method for production several years later. With these breakthroughs and increased availability of inexpensive electricity by the late 1890s, the metal was finally produced at a cost and in sufficient quantities for industrial use. Early aviation pioneers began to envision ways this new light metal could be used for airship and airplane parts, such as engines which needed to be exceedingly light and strong. For World War I and during the 1920s as aluminum production increased, airplanes were built with increasing amounts of it. In the 1930s, aluminum alloys transformed military and commercial aviation. Aircraft flew higher, farther, and faster with engines, wings, control surfaces, and internally braced, semi-monocoque, streamlined fuselages made of the miracle metal. This exhibition presents a survey of the uses of aluminum in aviation over the last century. 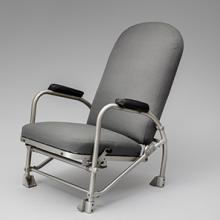 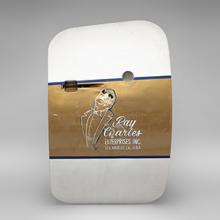 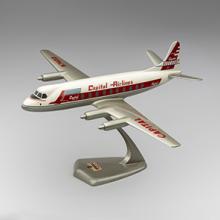 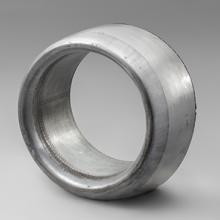 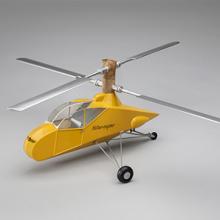 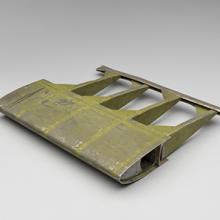 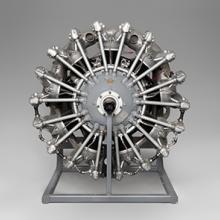 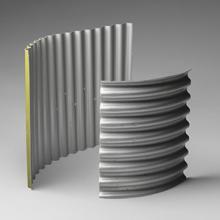 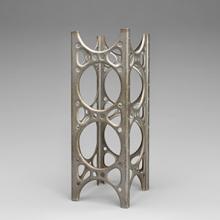 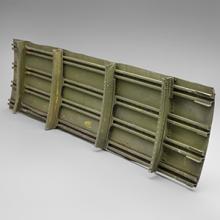 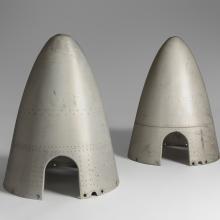 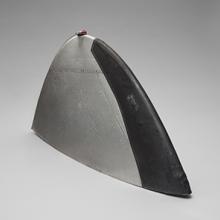