All Roads Lead to Rome: 17th–19th Century Architectural Souvenirs from the Collection of Piraneseum

“From the dome of St. Peter’s one can see every notable object in Rome, from the Castle of St. Angelo to the Coliseum…He can see a panorama that is varied, extensive, beautiful to the eye, and more illustrious in history than any other in Europe.”

It is difficult to imagine modern Western civilization without the context of ancient Rome, the Eternal City. Rome was the world’s largest city from circa 100 BCE to 400 CE, and the cultural and political center of an empire lasting for more than a millennium. At the peak of its power, Rome ruled an estimated seventy million people—more than twenty percent of the world’s population. Its territory encompassed nearly fifty 21st century nations that owe much of their culture, religion, political systems, and infrastructure to Roman models. Arguably, Rome resonates most potently in its enduring architectural forms and public monuments, which were first widely disseminated in a very familiar method—through tourism.

Visiting another country for the sake of curiosity is a relatively modern idea. When Englishman Richard Lassels published an account of his travels through Italy in 1670, travel for any purpose other than business, religious pilgrimage, or military purposes was rare. During the 17th and 18th centuries, generations of wealthy young Englishmen followed Lassels’ advice that all “young lords” take “the Grand Tour” to better understand their world and prepare for their role in it.

Early travelers on the Grand Tour followed a fairly standardized itinerary from England through France and Italy on their way south, and then north through the German-speaking countries and the Netherlands before returning home. The trip was an educational rite of passage that typically lasted one year or more, with lengthy stays in Paris and Rome. Travelers with nearly limitless funds refined their language skills, burnished aristocratic connections to their Continental counterparts, and returned with marble busts, paintings, prints, and other artifacts representing classical antiquity for display in their studies and libraries.

During the 19th century, the advent of mass transit made the Grand Tour accessible to greater numbers of travelers, including those crossing the Atlantic Ocean. In 1868, author Mark Twain publicized his own “great European pleasure excursion” in a popular series of dispatches written for the San Francisco newspaper that sponsored his trip. The Grand Tour became an increasingly American phenomenon with Rome as a critical stop for the relatively young country’s prominent writers, artists, and aristocrats.

As the Grand Tour’s itinerary evolved, so too did the journey’s keepsakes. Many of these artworks and models from the Collection of Piraneseum document architecture and views as they existed in antiquity, while others depict them as they appeared at the time of the artworks’ creation. And some, like the imaginative capriccio paintings, present fantasy structures or combine real monuments in fanciful views. Many are true souvenirs for Grand Tourists wishing to return home with symbols of their cultural inheritance, while a select few were made singularly as commission proposals or elaborate gifts. All, however, convey the essence of Rome’s splendid architecture, and the timeless grandeur of its ruins.

All objects are from the Collection of Piraneseum. Special thanks to guest curators David Weingarten and Lucia Howard for their generosity and scholarship. 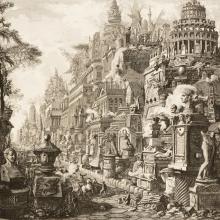 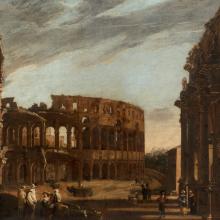 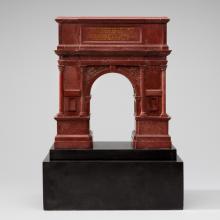 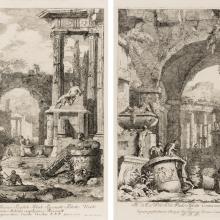 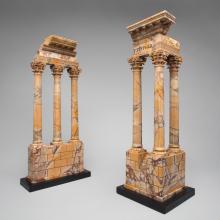 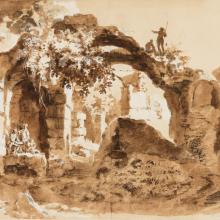 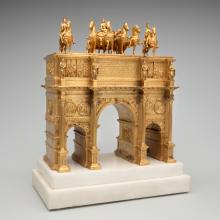 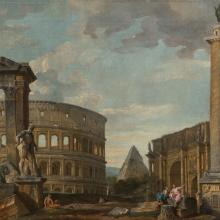 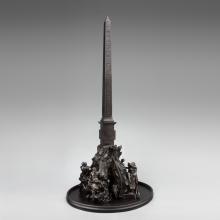 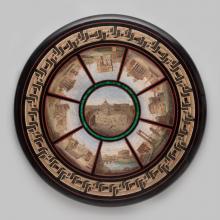 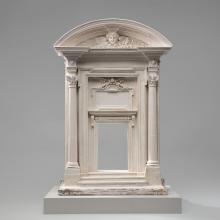