Since December 2013, artist Benjamin Grant has composed satellite images that reflect his deepest passions—art, photography, environmentalism, and outer space. While preparing a lecture at a previous job, Grant discovered the ability to create high-resolution satellite landscapes that he calls overviews. After receiving encouraging feedback from family and friends, he built and launched social-media accounts with the name Daily Overview, where he continuously posts one image each day. By partnering with the satellite company, DigitalGlobe, he has access to high-resolution imagery from the entire planet. Consisting of images crafted from the company’s archive, Grant’s goal is to change the way people see the world and the universe.

Benjamin Grant’s Abstracts from Space is a diverse collection of images taken from orbit that range from a commune near the coast of Normandy, France, and clear-cutting operations in the Amazon rainforest of Pará, Brazil, to images depicting the receding water levels of the Dead Sea and recent agricultural development in Addis Ababa, Ethiopia. Each vivid abstract photograph provides an opportunity for the viewer to appreciate the planet and simultaneously reflect on its beauty and its fragility. From the earth's surface, it is impossible to fully appreciate the beauty and intricacy of nature, the overwhelming complexity of artificial structures, and humankind’s devastating impact on the planet. Grant believes that raising awareness of the human impact on the planet is necessary to sustain a safe and healthy planet. 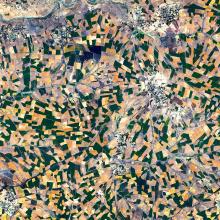 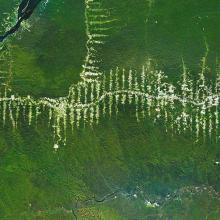 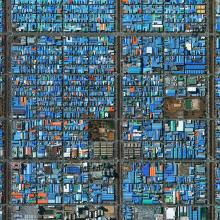 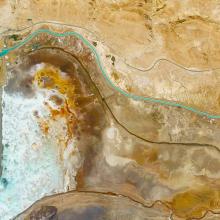 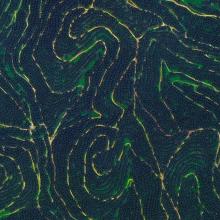 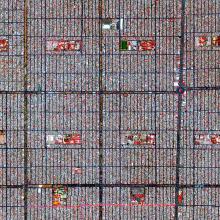 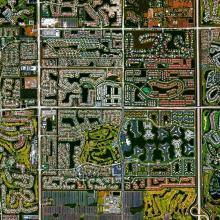 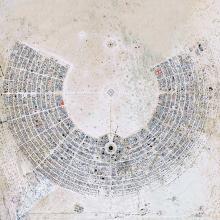 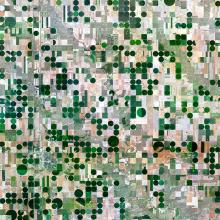 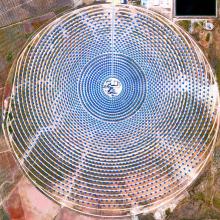