One level below the main deck of United Airlines Flight 837 from San Francisco to Tokyo, flight attendant Sandra Herrmann is busy preparing meal carts in the forward lower lobe galley of the Boeing 747 aircraft. As the designated pit person for first and business (“Connoisseur”) class, she gathers an assortment of coffee pots, soft drinks, and tablecloths to send upstairs, before loading frozen entrées into the ovens. The plane is still parked at the gate, and the passengers have not yet boarded. 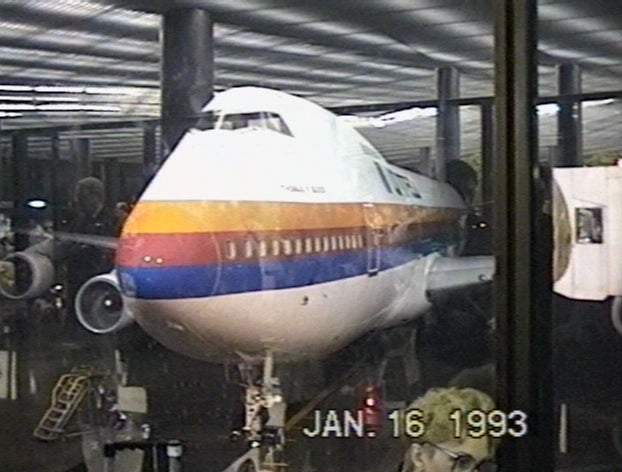 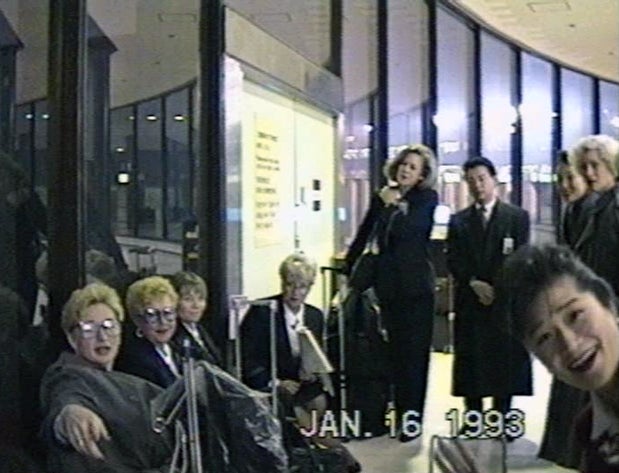 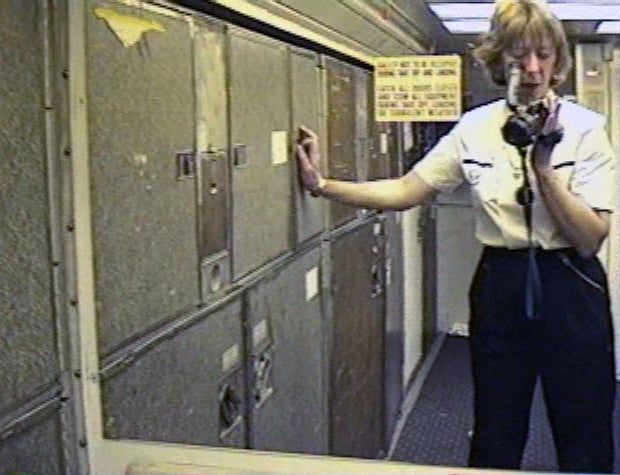 So begins Herrmann’s pre-departure routine before a ten-hour, overseas trip, as shown in videos taken on her personal camcorder in April 1994. The vlog-style footage is drawn from 8mm analog tape that Herrmann recorded, digitized, and donated to the aviation collection of SFO Museum, documenting her work in the ‘90s. Propped on a stationary cart lift, the camera films her soliloquies on inflight food preparation and presentation as they unfold throughout the course of the dateline-crossing journey.

By this time in her career, Herrmann was a seasoned cabin attendant who participated in United’s contract flights under the U.S. Air Force Military Airlift Command (MAC), transporting servicemembers to and from the war in Vietnam; and with the Civil Reserve Air Fleet (CRAF) for Operations Desert Shield and Desert Storm in 1990–91. She served many notable passengers over the years, including Martin Luther King, Jr., the civil rights icon and her lifelong hero. 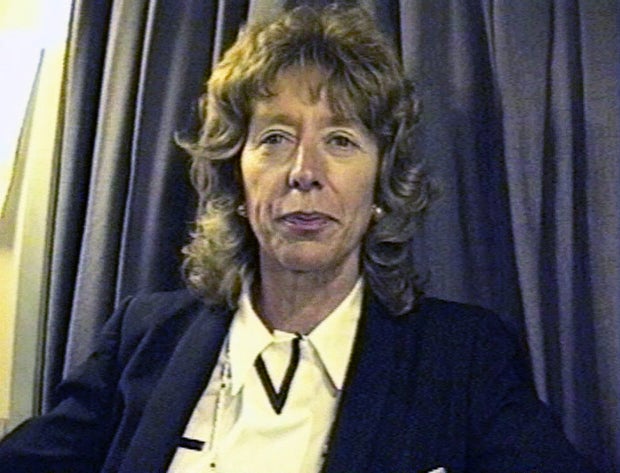 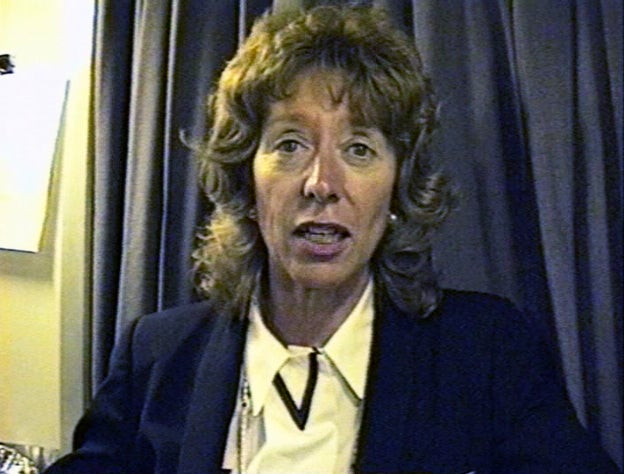 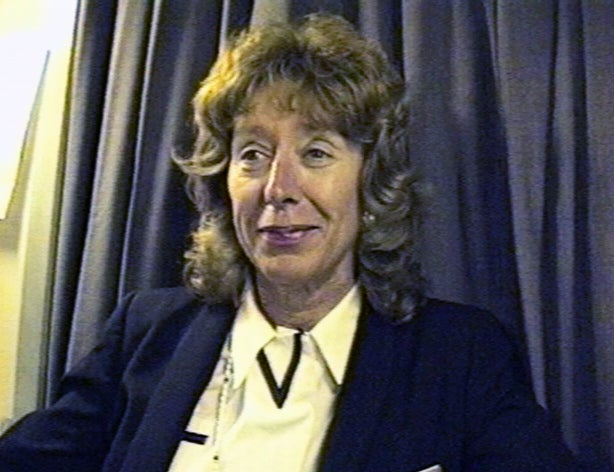 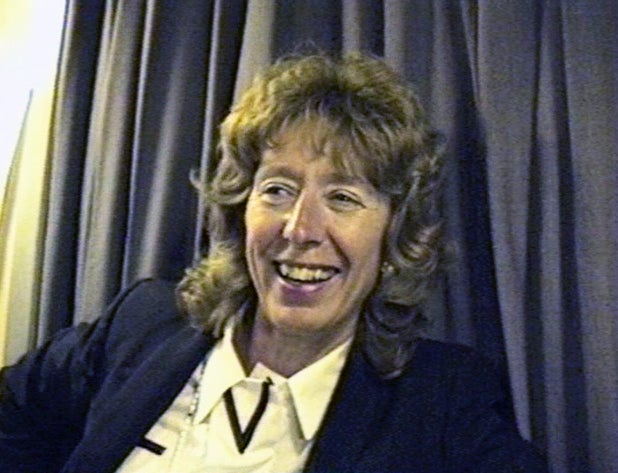 [inset image]
Your host behind the galley curtain, somewhere over the Pacific  1993

The movies contain roving layover scenes through the bustling streets of Hong Kong and Seoul. But today, the destination is the journey itself. The Narita-bound aircraft is now aloft and headed northwest past Point Reyes, the Farallon Islands, and Mendocino. From her underfloor lair, Herrmann turns up the heat on her pre-portioned beef briskets as used carts circle back for offloading. Like a master choreographer, she strives to ensure that every hot and cold meal is delivered just right. After dessert, the airborne auteur stows garbage and reconfigures for duty free and pre-landing service, concluding with a bulk liquor count.

[inset video]
In this time-lapse sequence, Sandra Herrmann sets up first-class carts aboard UA837 from San Francisco to Tokyo  1994

“Isn’t this exciting?” she quips to her tacit observer on the cart lift. The protagonist’s onscreen performance is amusingly forthright. But more importantly, it reveals an insider’s knowledge of behind-the-scenes cabin service based on years of experience flying the Friendly Skies. The tape ends. That’s a wrap. 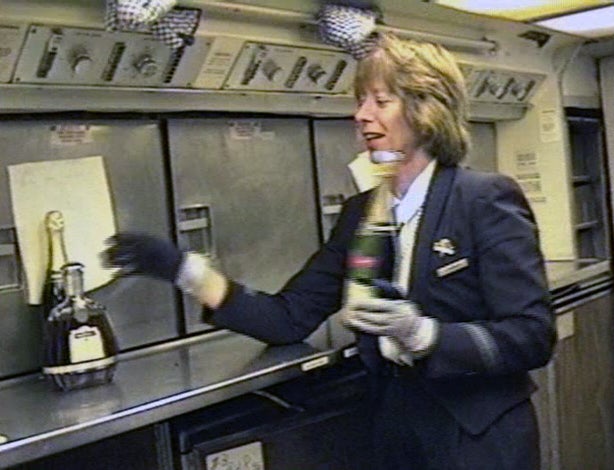 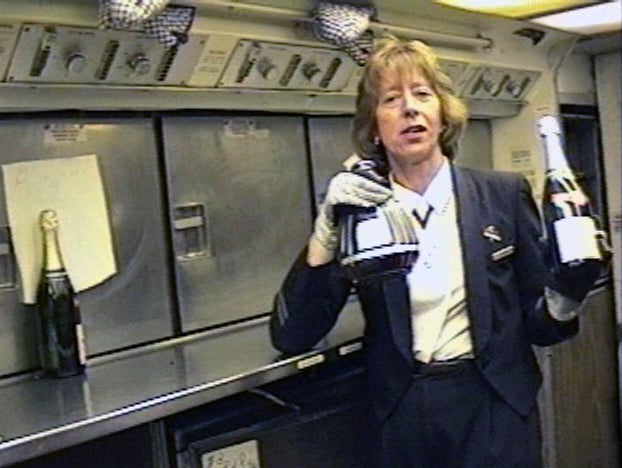 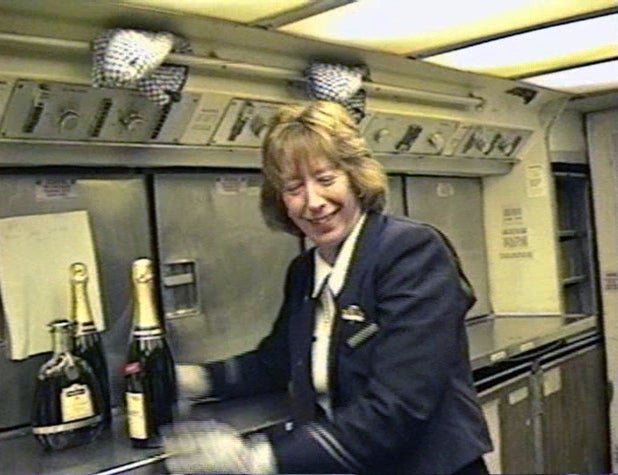 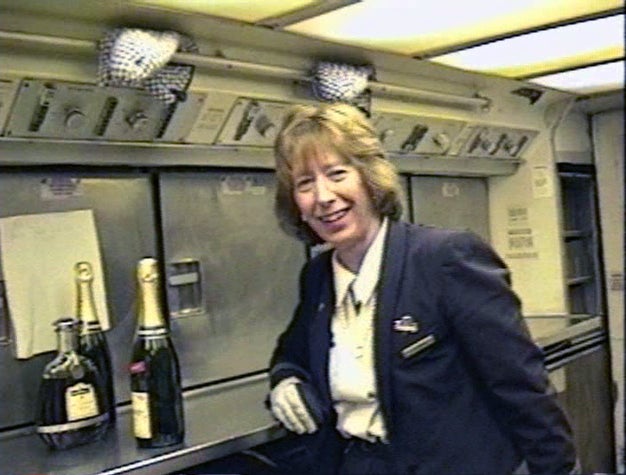 [inset image]
Down the homestretch to SFO  1994