On the Aesthetic Education of
Man in a Series of Letters

The history of automata (singular automaton) parallels humanity's undiminished and continuous quest to create an object that has the appearance of moving like a human or an animal. The word is derived from the Greek automatos, meaning "self-moving." Attempts to mechanically reproduce the movements of the human body began in ancient Egypt. Statues of certain gods, such as the jackal-headed god, Anubis, were rigged with hinges to mimic human speech and movement–one example is in the Musée du Louvre, Paris. Centuries later, the Greeks and Byzantines accomplishments in physics and mechanics provided Phylon of Byzantium and Heron of Alexandria with the knowledge to render drawings for the first actual automata. During the Middle Ages, the Arabs were the first to apply the principles of automata construction based on the work of Heron and Phylon. In Western Europe, clockmaking and automata were combined to form grand animated statues, jacquemarts. The jacquemarts rang the cathedral bells to mark the time of day.

Before the Industrial Revolution, automata were created mainly as one-of-a-kind scientific experiments, political or religious theater, and given as diplomatic gifts. Eventually they became promotional devices to attract sales. French manufacturers later incorporated mass-production technology to produce musical automata, musical dolls, clockwork singing birds, and tableaux méchaniques (mechanically animated scenes) to meet the increasing demand for these new forms of entertainment. From the mid-1800s to the 1900s, automata served as parlor entertainment. Many skilled artisans were required to manufacture these clockwork machines. They were not considered toys for children, but rather items of social privilege and status.

The manufacture and production of automata reflect the interests and preoccupations of French society at the turn of the nineteenth century. This included a passion for travel and an interest in exotic, foreign places. Clowns, artists, conjurers, musicians, and dancers represented the public's fascination and desire for the extraordinary and the unusual. In the first half of the 1800s, mechanical movement clockwork and music box cylinders were perfected and methods of production improved. Automata entertainment expanded beyond the theater and circus into the parlors and living rooms of the middle class.

This exhibition of automata and mechanical tableaux offers a broad range of automaton production from the second half of the nineteenth century, and includes a late twentieth-century creation using nineteenth-century parts and production methods. Most are set in motion by a mechanical spring motor and possess a music box. The best makers of the era are represented: Lambert, Phalibois, Tharin, Renou, Roullet & Decamps, and Vichy.

This exhibition was made possible through generous participation by the Morris Museum, Morristown, New Jersey, and the museum's Murtogh D. Guinness Collection of Mechanical Musical Instruments and Automata, consisting of 750 objects plus over 4,000 pieces of media, representing one of the most significant collections of its type in the country.

Photography is not permitted.
©2011 by San Francisco Airport Commission. All rights reserved 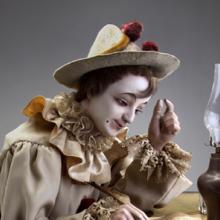 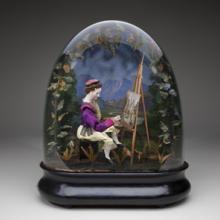 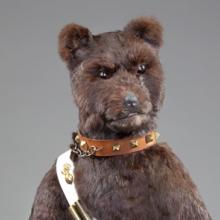 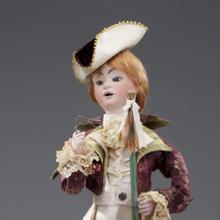 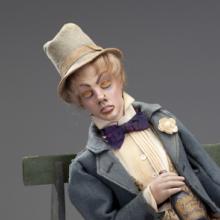 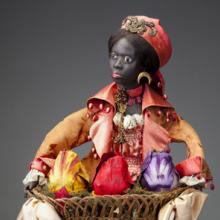 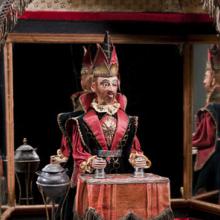 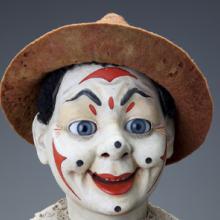